Brian, a personal injury attorney, had no idea that deep vein thrombosis was related to Yasmin - until his wife was diagnosed with Yasmin DVT. 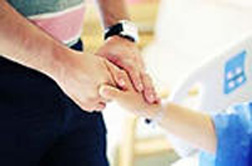 “My wife, Ceci, took Yasmin for a few years and neither of us gave it a second thought,” says Brian. “In 2008, she complained of chest pains, something she had never experienced, so she went to the ER three times in five days. They thought it might be pleurisy or some lung problem but they couldn’t find anything. About a week later, Ceci complained of severe leg pain. This time when she described her symptoms I packed her overnight bag.”

Because Brian works with a lot of personal injury and medical malpractice lawsuits, he has “a glancing knowledge” of medical complaints. “I have also seen people with DVT but not related to birth control that I know of. Although in hindsight, they could have had Yasmin blood clots,” he adds.

Ceci did need her overnight bag. They found a blood clot right away and she spent a week in the hospital trying to get rid of it. “A cardiologist explained that they would try to reduce the blood clot but that she would probably have it for the rest of her life and she would take aspirin for the rest of her life.” And no more birth control pills containing drospirenone - but they weren’t told that.

At the time, Brian and Ceci didn’t associate the DVT with Yasmin or with any other medication. Eventually Brian heard about Yasmin litigation and made some inquiries.

First, he contacted a law firm in Colorado: Ceci filled out the necessary forms and contracts to sign, including authorizations to her pharmacy and OB/GYN. Unfortunately, Brian was told they couldn’t take the case. According to Bayer, the element in the Yasmin product responsible for a blood clot only stays in your system for one month. So if you were diagnosed with a blood clot four weeks after last taking Yasmin, chances that the DVT is caused by the pill is remote.

“We were unable to come up with this evidence. I’ve done some MDLs with pharmaceutical products and one case went on for years. I had several clients involved and they all finally got a settlement…”

More YASMIN BIRTH CONTROL News
Brian called another law firm. One of his wife’s co-workers (she teaches at elementary school) said that a local law firm handles Yasmin cases. Unfortunately by the time Brian got hold of the lawyer in the firm, he was told they were no longer filing Yasmin lawsuits.

“Next up I found another firm online and talked in length to a paralegal,” says Brian. “I received a letter from them last week declining my claim, based on the facts I provided. ‘This decision does not mean that your case does not have merit but we might be unsuccessful,’ it said. So we are not giving up. There may be some truth to this ‘four-week concept,’ but now that I know Yasmin is directly linked to blood clots, it is hard for me to drop this case - my wife could have died.”