The death last December of a woman who died suddenly from blood clots has raised an alarming issue in British Columbia and will likely reverberate elsewhere: The coroner ruled 36-year-old Rhonda Bergen died of natural causes but her family suspected that Yasmin was to blame. They paid for an autopsy, which listed the birth control pill as a factor in her death. 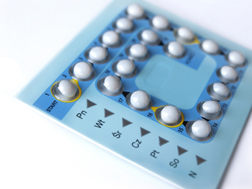 Even though the family asked for an autopsy, the coroner refused to investigate, said Rhonda Bergen’s sister, Lorelei Holden, in an interview with the CBC News. Holden admitted that her sister was overweight and suffered from poly cystic ovarian syndrome, a condition in which a woman has an imbalance of female sex hormones. Holden said that Bergen struggled with the symptoms of this condition, such as extra hair growth. Six weeks before her death, Rhonda was prescribed Yasmin to treat the condition.

Just five weeks after taking the drug, she developed breathing problems, a Yasmin side effect. Unfortunately a doctor at a walk-in clinic dismissed it as the “flu.” She was given an antibiotic and an x-ray was scheduled. But her breathing worsened and this time Bergen went to the ER at the local hospital. Amazingly, the ER doctor looked at her x-rays and saw nothing untoward. Bergen was sent home.

Just eight hours later, an ambulance returned her to the ER. This time she had a CT Scan and they found pulmonary embolisms. “She told me that she was scared and she asked me not to leave and I told her I wouldn’t leave," said Holden, to the CBC News. Bergen died one hour later.

Holden said that it cost her family $1,200 for the autopsy. The pathologist listed Bergen’s obesity and Yasmin as risk factors for blood clots. While the province is raising the issue of the coroner’s service doing fewer autopsies, Bergen’s death begs another question: How many more deaths that are ruled “natural causes” are in fact attributable to Yasmin?

More YASMIN-SIDE-EFFECTS News
And one former coroner told the CBC News that when a woman dies suddenly after starting a drug, that is the coroner’s business. “I think it’s hiding underneath a rock to say this is natural, therefore we should not become involved,” said Dr. Robert Crossland. “All they’re saying is the cause of death is natural, but why they died, why that cause occurred, that’s a good reason to investigate.”

Meanwhile, Lorelei Holden and her family are investigating a Yasmin lawsuit and they will likely join thousands of other families who are suing Bayer, the manufacturer of Yasmin and other birth control pills containing drospirenone.

If you or a loved one have suffered losses in this case, please click the link below and your complaint will be sent to a lawyer who may evaluate your claim at no cost or obligation.
Request Legal Help Now