It could be mere co-incidence, but on the eve of the National Basketball Association (NBA) All Star Game that served to delay Xarelto bellwether trials by a month, the manufacturers of Xarelto chose to highlight an aging NBA all-star player who expounds upon the virtues of rivaroxaban (Xarelto) and professes to use it himself. As such, a visit to the official Xarelto website showcases the former All-American player, rather than the potential for a Xarelto bleeding issue. 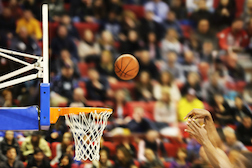 Many a plaintiff has brought a Xarelto lawsuit for just that issue – serious bleeding. All blood thinners, which is the anticoagulant class into which Xarelto falls into, pose a risk for bleeding given the need to thin blood in an effort to avoid blood clots. To help mitigate blood clots which may form following some types of surgery or in relation to atrial fibrillation, the clotting properties of blood are reduced. While this helps to prevent blood clots that could lead to stroke, blood thinning is a Catch 22 in that clotting is the body’s natural defense against an unforeseen bleeding event, such as a laceration. When blood fails to clot, the bleeding can continue unabated, threatening the health and ultimately the life of the patient.

That is why blood thinning, done for medical purposes, is carried out so carefully. Management is key. For patients on Coumadin (warfarin), the previous go-to blood thinner for decades, careful management of diet and other blood properties is essential in determining positive outcomes ongoing. But that process takes both time, and resources.

Xarelto was designed to minimize the kind of detailed management all too common with warfarin. The relative ease in accomplishing blood thinning when compared with warfarin served as rivaroxaban’s trump card, and patients and their doctors bought in.

In February, the focus was on the NBA All-Star game, which was moved to New Orleans in response to North Carolina’s controversial public washroom law (a state ordinance that restricts individuals to use only the facility that corresponds with their biological gender).

Bellwether trials in the Xarelto multidistrict litigation pool were originally to start last month. However, with the change in location for the NBA’s annual all-star tilt and the congestion that would ensue, all parties in the Xarelto MDL agreed to a later start to the bellwether trials, now set to begin March 13th and roll out during the remainder of 2017.

With all this going on, a delicious irony is showcased in the form of an All-American basketball player as the poster boy for Xarelto in the midst of a situation that saw bellwether trials take a back seat to a basketball game.

On the official Xarelto product website, NBA great Jerry West is showcased in the larger of two panes, above a smaller pane which invites the viewer to access important safety information for Xarelto. Scrolling down in the larger pane, the smaller pane eventually goes full-screen. However, at the initial loading of the site the most significant information and images a viewer sees are that of West, together with a video link that invites viewers to go behind-the-scenes into the making of the Xarelto TV ad featuring West.

Were a viewer to succeed in getting past what is an excellent video – complete with the finished commercial explaining, with typical pharmaceutical feel-good imagery, a shopping list of Xarelto side effects – and returning to the FAQ and information pane, the viewer is exposed to a wealth of information on Xarelto, including the potential for Xarelto bleedout and other Xarelto bleeding complications, including in rare cases, Xarelto death. There are also comparisons to warfarin in terms of management (much easier with Xarelto), and how rivaroxaban works compared with warfarin.

For example, Xarelto is shown to selectively block Factor Xa (“10a”), an enzyme required for blood clots to form. That’s how rivaroxaban works. With Coumadin, warfarin on the other hand interferes with vitamin K and at least six blood-clotting factors.

More XARELTO News
There are various references to the fact that all blood thinners risk bleeding events, including Xarelto bleedout. However, in 30 minutes of looking this writer could not locate any alternate references to Vitamin K – including the infusion of Vitamin K in warfarin patients to help stem serious bleeding issues. To wit, the interference of Vitamin K remains a key warfarin to blood thinning – but it is also Coumadin’s secret weapon in the event of a sudden and unforeseen hemorrhage.

There appears to be no mention of this in the Xarelto FAQ and safety information on the official website, nor does there appear to be any reference to the fact Xarelto was granted approval by the US Food and Drug Administration (FDA) and brought to market without a reversing agent. Vitamin K will not reverse anti-coagulation in rivaroxaban, as it does with warfarin.

But NBA All-Star Jerry West thinks it’s great, and it works for him.
READ ABOUT XARELTO LAWSUITS