Xarelto Bleeding Complications a Perfect Storm, Not So Perfect for Patients

As LawyersandSettlements writer Heidi Turner reminds us, it was just over six months ago, on December 15, 2014, that the Xarelto Lawsuit count stood at about 33 in multidistrict litigation for the new-age blood thinner. As of June 15, that number now stands at 552 and climbing in consolidated cases now under the jurisdiction of the Eastern District of Louisiana. 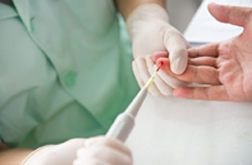 In what appears to be a perfect storm of sorts, a combination of an aging population requiring blood thinners to ward against stroke and blood clots, a long-sought-after alternative to Coumadin (warfarin), and the small matter of a lack of any means to reverse a Xarelto Bleedout were one to occur is sending scores of patients, their families or their estates to their attorneys.

While Xarelto has yet to achieve the media cache of a drug like Lipitor, a cholesterol-lowering medication that has been skewered in the media in recent years for various side effects including alleged memory loss and confusion, the Xarelto Bleeding Issue is still relatively unknown save for those directly affected.

But it’s a huge story in the making - and one that sounds more like a plot for a movie than the stuff of real-life medicine.

Blood thinners have become a fact of life for a growing number of aging Americans who need to be concerned about arterial plaque, blood clots and the potential for strokes. That blood has to be thinned out a bit, in order to pass through narrowing arteries and veins.

For years, the de facto go-to blood thinner was Coumadin, which is the brand name for warfarin - yes, the same ingredient that goes into the manufacture of rat poison (a rather infamous entry in modern-day pop culture). For some 50 years, Coumadin has ruled the roost. Effective, yes - but also somewhat of a headache, in that strict monitoring of diet and blood has translated into a lot of work for both patient and medical caregiver.

As society does, the search for an easier alternative, with less need for stringent monitoring, has been waged for years. Finally, an answer: first Pradaxa and subsequently Xarelto were given the blessing of the US Food and Drug Administration (FDA) as safe and effective for the intended constituency of patients, for whom the benefits were believed to outweigh the risks.

Happy day, indeed. A blood thinner that was less work, more convenient and less of a hassle for busy patients and their doctors. Oh sure, there are Xarelto side effects - every pharmaceutical drug carries side effects. But the FDA approved it, so all is good.

Well there is just one little thing…

As with all blood thinners of any stripe, there is always the risk of a bleeding event or hemorrhage if the blood gets too thin and thus refuses to clot in the event of an injury. With Xarelto, there is a risk for Xarelto Bleeding complications as there has been for warfarin. Yes, the exalted Coumadin could also foster a bleeding issue: if monitoring wasn’t stringent enough or there were other factors that came into play to foster a bleed.

But warfarin has an Achilles’ heel in vitamin K: when the latter is immediately infused, the thinning properties of warfarin are quickly reversed and the blood begins to magically clot. As one can appreciate, clots are not your friends when they foster a stroke or other dire medical event. But they can be your best friend after having suffered a deep cut or a serious bruise, or other injury or medical event where bleeding is present and needs that clotting factor in order to stem the flow and save a life.

Xarelto, it seems, was approved without such an antidote in place. Once a serious Xarelto Bleedout begins, it’s almost impossible to stop. This can lead, sadly and tragically, to Xarelto death - or so allege various Xarelto lawsuits.

More XARELTO News
Common to many a Xarelto Lawsuit is the surprise that a reversing agent was not present - that Xarelto would not respond to vitamin K as warfarin does. The confusion is understandable: with Coumadin (warfarin) as the de facto standard for some 50 years, most patients have become accustomed to the reasonable assurance that with warfarin, an unanticipated bleeding event could be stopped. To that end, many Xarelto Bleeding complications plaintiffs allege they had no idea there was no way in which to reverse a Xarelto Bleedout, as there is with warfarin.

Had they known, they would not have chosen the apparent ease and convenience of Xarelto, and instead put up with the required monitoring inherent with warfarin, in exchange for the chance to have a bleeding issue reversed - and perhaps - survive.

The manufacturers and marketers of Xarelto (Rivaroxaban), Janssen and its parent Johnson & Johnson are working on an antidote. It is not known why the FDA approved Xarelto, without one. The Xarelto MDL is In Re: Xarelto Products Liability Litigation, MDL No. 2592, in the US District Court, Eastern District of Louisiana.