Xarelto Bleedout: Where Is the Exit Strategy?

In life, it is always good to prepare well. Know where you’re going. Have a plan. Having said that, a good plan always includes an exit strategy in case something goes wrong. In case the original decision proved to be the wrong one. This is something we tell our kids, our business partners and ourselves. Plan for moving forward, but always have a way out. If the joke is bombing for the comedian, you better have an exit strategy so you can move beyond it, or you’ll soon be banished from the stage. So why is there no exit strategy for a Xarelto Bleeding Issue? 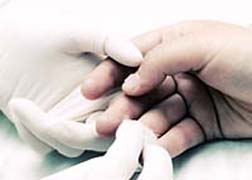 Critics go one further: why was Rivaroxaban (Xarelto) approved in the first place without an antidote? One of the so-called heirs apparent to Coumadin (warfarin), a heritage anticoagulant that always featured a way to reverse its blood-thinning properties, Xarelto has no such escape clause or exit strategy.

The manufacturers are diligently working on one. That said, it seems Xarelto (Rivaroxaban) was deemed worthy of submission to the US Food and Drug Administration (FDA) for approval - and was duly approved - in spite of that important missing feature. In the meantime, plaintiffs are coming forward with legal challenges surrounding the safety and efficacy of Xarelto over the interim, following Xarelto Bleeding complications.

Rose asserts that defendants knew or would have known that Xarelto could foster serious internal bleeding.

Of course, it should be noted that most blood thinners pose that risk. Thinning the blood as a means to help prevent blood clots and strokes carries a risk for bleeding events that can be more difficult to control when compared with similar bleeds when the blood is in its normal state.

Careful monitoring procedures can help prevent unexpected and potentially serious hemorrhages and bleeding events. Monitoring is a necessary byproduct of Coumadin use, the gold standard for blood thinners for the past half century. Coumadin (warfarin) has been considered safe and effective - but also a hassle given strict, ongoing monitoring and diet restrictions.

Then along comes Xarelto (and a competitor, Pradaxa) that is promoted as requiring less stringent monitoring, and therefore affords added convenience. Blood thinners such as Xarelto that require less physician and lab time for monitoring have been sought for years.

But there is one big difference between Xarelto and Coumadin (warfarin), say critics.

There is no way to effectively reverse a Xarelto Bleeding Issue once it starts.

With Coumadin, strict monitoring helps mitigate or minimize the risk for hemorrhage. Were one to start, warfarin responds to the introduction of vitamin K into the bloodstream. Provided vitamin K can be administered quickly and expeditiously, the blood-thinning properties of warfarin are reversed, helping to mitigate the hemorrhage by allowing the blood to once again clot.

More XARELTO News
Xarelto was brought to market without such an escape clause or exit strategy in place. Not only are Xarelto patients monitored less carefully than those taking Coumadin, there is no antidote once a Xarelto Bleedout occurs.

It translates to a double-edged sword that can result - and has, for some - in Xarelto Death.

Given the aging American population and the demand on an overtaxed health care system, it’s expected that Xarelto Side Effects will drive an increasing level of litigation as patients find they are having to deal with more than they bargained for with regard to new-age products that are billed as superior to heritage products of old.

Posted by
Mike
on February 19, 2015
Warfarin was gold standard previously. Effective? Yes. As effective as newer agents? No. Safe? Well, more likely to have ICH and/or fatal bleed on warfarin. Vitamin K? 14-18 hours before it works.