Firm Takes Another Turn at Bat

A jury in Montana recently ordered the makers of the legendary Louis Slugger baseball bats to pay the Patch family $850,000 in a wrongful death and product liability suit the family never expected win. "When we were talking to them after they had no idea how much they had won," says attorney Michael Kauffman from Drake Law Firm. "I think hope the money will go towards what they want to achieve. They don't want another family to go through what they went through." 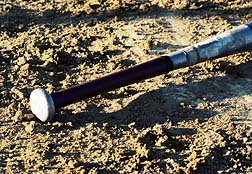 In 2003, 18-year-old Brandon Patch was on the mound, pitching for the Miles City Mavericks in Helena, Montana, when the baseball flew off the end of the batter's aluminum bat so fast Patch had no time to react.

The baseball struck Patch in the head and bounced 50 feet in the air. He went into convulsions before a horrified crowd and died a few hours later in the hospital.

Convinced that the aluminum bats should be banned from the game, or at the very least carry a warning about their high velocity hits, the Patch family lobbied and argued for change at every opportunity. "They went to the Montana legislature numerous times," says Kauffman. "They travelled to New York when there was an aluminum bat ban on the docket. But they have had some serious opposition. Some people with serious resources opposed them"

The makers of the bats, Hillerich & Bradsby, based in Louisville, Kentucky, have consistently argued that aluminum bats are no different from wooden bats. Although the major leagues prohibit the use of aluminum bats, the company says it is tradition.

Suing the company was the last thing the Patch family wanted to do, but in the end they decided it was the only option left.

"They had experts. We had an expert," says Kaufmann. "We attempted to show that this bat is different. Hillerich & Bradsby argued that a wooden bat would have had the same results.

"But we successfully pointed out some flaws in that theory."

The jury found no reason to believe that the bats require a warning label, but it awarded $792,000 to the estate of Brandon Patch for lost earnings and pain and suffering. The Patches were also granted $58,000 for their pain and suffering.

More WRONGFUL DEATH News
"They tried a number of other ways to deal with this," says Kaufmann. "They were used to be stepped on, as they put it. So, it came as a surprise it ended up going up their way."

Despite the Patch family's campaign and court case, aluminum bats are still prevalent in the US. The Patches are expected to use some of the money to continue fighting against the use of aluminum bats on American baseball diamonds. "If ever there was a case that was not about the money, it was this case," says Kaufmann.

Michael Kaufmann is an associate with the Drake Law Firm. The firm, headed by Michael Drake, is a top-rated firm that represents both individuals and companies. The firm handles personal injury, medical liability, car accidents, property damage and construction disputes.