Study Finds Benefit to Vytorin, but Is It Credible?

A study released today suggests that Vytorin, a drug that combines Zetia and Zocor, is more effective than Zetia alone at preventing heart attack and other heart-related health problems. The study is good news for Merck, who has been under fire for its handling of Vytorin. But other previous studies gave conflicting results regarding Vytorin’s effectiveness, and there are concerns about the delays in releasing this study, including a switch in primary endpoints, which could affect how positive the results actually are. 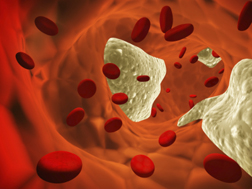 The study that was released on November 17 was IMPROVE-IT (Improved Reduction of Outcomes: Vytorin Efficacy International Trial). Merck announced that the trial met its primary endpoint but specific results were not released until they were presented at the American Heart Association Scientific Sessions the same day. According to USA Today (11/17/14), more than 18,000 people were included in the study, which found that Vytorin lowered the risk of heart attack and stroke by approximately 6 percent in patients who suffered previous heart problems.

Forbes (11/17/14) notes that there was no difference between the treatment group and the control group in terms of overall deaths, including coronary or cardiovascular deaths, but there was a reduction in myocardial infarction, stroke and ischemic stroke.

In other words, patients who were at a high risk of suffering heart attack and stroke had fewer heart attacks, strokes or hospitalizations when they took Vytorin than those who took only a statin. But, critics note, a six percent reduction is not all that significant. Furthermore, on a fairly important endpoint - cardiovascular death - there was no difference between the groups.

Vytorin is used to lower LDL levels in patients as a way to prevent heart disease. Previous studies involving the drug had found that it was not as effective as a statin alone at preventing repeat heart problems. Merck and Schering-Plough, the companies who developed Vytorin, were also accused of hiding damaging study results back in 2007-2008.

More VYTORIN News
Although the results of the study have been made public, according to reports the study itself has not yet been peer reviewed, nor has it been published in a scientific journal, such as The New England Journal of Medicine, meaning most, if not all, information about the study and its results have come from those who conducted the study and the company that carried out the study and stands to gain financially from positive results. Results of the IMPROVE-IT study were also reportedly delayed from 2011 to 2012 and then to 2014.

Right now, the headlines tout that Vytorin is effective, but the study that confirms this contradicts previous studies and has not been peer reviewed or published in a major scientific publication. These results are provided by the company that will benefit financially from a good result.