Anyone reading the news is likely aware of the recent Volkswagen recall, in which almost 500,000 diesel Volkswagens have been recalled due to the use of defeat devices that help the automobiles pass emissions testing. Lawsuits have already been filed against Volkswagen, with attorneys investigating further claims against the carmaker. Customers who purchased the affected Volkswagens allege in their lawsuits that they have been harmed financially by Volkswagen’s actions. 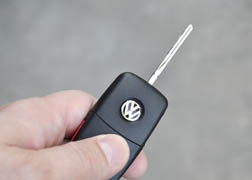 “For at least seven years now, Volkswagen has installed on their ‘clean diesel’ automobiles a defeat device,” says Michael Louis Kelly, senior and managing partner of Kirtland & Packard LLP. “They installed this software on their ‘clean diesel’ engines, so when customers take their car in for an emissions test, it turns on the emissions regulating devices. When customers leave the test, it turns the devices off and puts the car back to a natural state of putting out up to 40 times more emissions than allowed by regulations.”

In other words, customers who thought they were purchasing an environmentally friendly car with great performance and gas mileage were allegedly not getting what they paid for. Instead, they got a car that was designed to pass emissions tests when necessary, but not limit emissions under normal driving standards. Because these vehicles are not as environmentally friendly as believed with the advertised high-performance level, owners could suffer a tremendous decrease in their vehicle’s value.

“I have trouble imagining that whatever relief Volkswagen eventually offers will be adequate to compensate people who purchased these cars,” Kelly says. “Consumers bought these cars because they were marketed as environmentally friendly, and ‘zippy,’ but once the emission equipment is turned on, they won’t be either. They will have decreased gas mileage and performance and will still be significant polluters of the environment.”

Although Volkswagen has reportedly admitted to using the defeat devices in certain diesel vehicles, the company’s CEO has stepped down, and Volkswagen’s three top engineers have been asked to resign; so far there has been no word on what Volkswagen intends to do to in terms of buying the vehicles back, or offering some type of repair and financial compensation.

“The problem is that whatever fix they come out with, the people who own these cars should be skeptical of it,” Kelly says.
“Whatever the fix is, there will be a loss of value, there will be degraded performance, the cars will have less efficient gas mileage and they will still be polluting the environment.”

Posted by
Maria Anne rubio
on October 16, 2015
We own a Passat VW. I have various health problems including respiratory and had at least 14 surgeries.
Posted by
David A. Chaffin
on October 15, 2015
I have a 2013 Jetta TDI and am wondering if the engine emission could be compromising and affecting my Interstitcal Lung Disease?

Also I am concerned about any defects/deceptions with the vehicle?