Attorney Stacy Hauer was recently appointed as interim co-lead council in the Minnesota State Court American Medical Systems (AMS) litigation. AMS is a major manufacturer of transvaginal mesh. "There is a legal claim called loss of consortium which relates to the marital relationship," says Hauer, "and this is one of the few cases in my career where there is a significant consortium claim to be brought against AMS and other transvaginal mesh manufacturers. The woman and their partners who have been injured have significant loss of intimacy in their relationships due to their injuries." 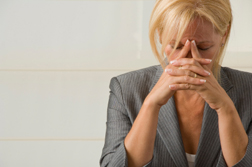 Hauer firmly believes the consortium claim exists for plaintiffs because she has spoken in depth to both women and their partners; she is aware of the suffering caused by transvaginal mesh for both the women and their male partners. "This transvaginal mesh case is precisely the kind of case that this consortium claim exists for because the injuries have a profound affect on a couple's intimacy," Hauer explains. (Many women have spoken with LawyersandSettlements regarding sexual problems with their partners after having the mesh implanted.)

"There are a number of women who have suffered devastating injuries following implantation of pelvic mesh," says Hauer. "These women thought they were going in for a routine procedure, such as treating urinary incontinence, but they end up requiring several surgical procedures. The mesh erodes through the vaginal wall, or urethra, or into the bladder, but it doesn't always come out easily or in a whole piece.

"'It's like picking bubble gum out of hair,' some doctors have told me, describing how difficult it is to remove transvaginal mesh once it degrades and breaks down, and sometimes the attempts at removal require multiple procedures."

To make matters even worse, Hauer says that many women ask their doctors how they can fix the eroded mesh, but there are very few urogynecologists [Obstetrician/Gynecologists who specialize in the care of women with Pelvic Floor Dysfunction] in the country who have expertise in this area or have the ability to go back in and solve the problem for these women. Additionally, some facilities just don't want to get involved with litigation: given the recent media attention coupled with pressure from the FDA, a lot of doctors are reluctant to take on patients who are having problems.

So how can an attorney help someone who is suffering from this mesh?

"Attorneys can only work within the legal system; in a perfect world, we would go back in time and make our clients whole and healthy again," says Hauer. "Unfortunately that isn't possible so we work within the system available to us, i.e., trying to pursue remedies through the civil justice system. The transvaginal mesh litigation is in the early stages. Lawsuits of this nature tend to be a long process and I do not expect the pelvic mesh litigation to be an exception.

"Having said that, there are lawsuits moving forward in multiple venues against the various manufacturers, and the courts are beginning to put together scheduling orders and trial plans, meaning that they will begin to establish a timetable for the litigation."

The primary makers of the transvaginal mesh products include AMS, Johnson & Johnson, Bard and Boston Scientific. Hauer and her firm are pursuing cases against all of them. "I am pursuing AMS, a Minnesota-based company, in particular, because I was recently appointed as interim co-lead council in the Minnesota state court AMS litigation," Hauer adds.

Hauer represents dozens of women who have suffered significant injuries following implantation of a TVM device. Injuries range from situations where the mesh has eroded and excised during a doctor's office visit to cases where women have required multiple surgical procedures, and have permanent pain and complications. And there are financial hardships.

"In many cases, people have significant out-of-pocket expenses because their insurance is such that they have high deductible plans or co-pays that place an additional financial burden on the family," says Hauer. "In many cases, doctors recommend physical therapy and other treatments not always covered by insurance." Additionally, many women have lost their jobs or lost significant time from work due to the ongoing pain and, in some cases, repeat medical procedures. "It is not uncommon for me to speak to women who have no more time remaining under the FMLA policy with their employers and are concerned about losing their jobs."

More TRANSVAGINAL MESH News
With so much suffering these women have endured—physical and emotional injuries and financial losses, Hauer is optimistic that justice will prevail, and soon.

"One of the potential advantages of the Minnesota state court litigation is that AMS is a Minnesota company," Hauer explains. "For many plaintiffs who are barred from bringing a claim in their home state, they may be able to successfully bring a claim in Minnesota, using this state's longer Statute of Limitations period." (Minnesota has a six-year negligence statute, whereas approximately half the states in the US have a two-year statute of limitations or less for these types of claims.) Wherever you live, Hauer and other TVM attorneys advise that you file a claim sooner than later if you have been injured.

Posted by
Dennis
on December 30, 2012
As the husband of a patient who had the TVM procedure, I have suffered in silence due to the lack of intimancy since the operation. I was going to go complain to the doctor for not warning us of this possible side effect, but she asked me not to. Now I wish I had!