But settlement amounts are far less than comparable jury awards

As the nation’s largest mass tort product liability lawsuit winds to a close, those who have suffered from surgical mesh complications and their attorneys are pausing to take stock. Not everyone is happy. 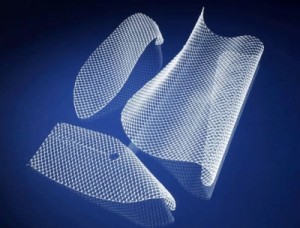 The majority of cases filed in the seven multidistrict litigations (MDLs) consolidated in the Southern District of West Virginia have now been resolved. At one point, that included more than 100,000 individual lawsuits. In the cases that have settled or reached a verdict after trial, roughly $7.25 billion has gone to plaintiffs to compensate them for their injuries, and another $3.75 billion will likely be awarded in the near future.

On the other hand, plaintiffs are left to live with permanent and painful injuries. Some are dissatisfied with the settlement amounts they ultimately received after costs were netted out. In an unusual move intended to address this inequity, plaintiffs’ lawyers have sought to reduce the legal fees awarded to common benefit counsel. Lawyers fighting lawyers over money is bound to get nasty.

Along the way, both plaintiffs’ and defendants’ cases depended on expert information about urology, surgery, materials, chemistry, and other specialties. Bellwether trials finally brought many cases to settlement.

From a process point of view, the district court was clearly very pleased with the management of the lawsuit.

The injured parties’ perspective, however, can be quite different. Although settlement amounts vary with individual circumstances, the average settlement is less than $60,000, according to the New York Times. One woman, who suffered pain and discomfort during sex because of her pelvic mesh implant, had hoped to use her settlement amount to pay for its removal. But after lawyers’ fees and other expenses, her $12,000 payout was reduced to only $3,500 – too little to pay for corrective surgery. In another situation recounted by the Times,, fees and other expenses reduced a comparatively generous $140,000 award to merely $50,000.

Consider, as well, that these MDL settlements occur against a background of far larger jury verdicts. In 2018, a jury in Bergen County New Jersey, awarded a woman who had been injured by her pelvic mesh implant and her husband a total of $68 million in compensatory and punitive damages. A Philadelphia jury recently awarded $41 million to another woman who suffered pelvic mesh injuries.

Even considering the differences in individual circumstances and the possibility that the cases involving more serious injuries may have been more likely to go to trial, the disparity between settlement amounts and jury awards is hard to ignore.


To mitigate the harm caused by overly modest settlement amounts, attorneys for the MDL plaintiffs sought to reduce the percentage of the total settlement amount that was to be paid to the group of lawyers charged with the task of developing common resources for litigants. They argued for a reduction from five to two-and-a-half percent, but were ultimately unsuccessful.

Living with the damage


Meanwhile, the harm caused transvaginal mesh implants continues for many women. Between 3 and 4 million women worldwide have had mesh implanted to treat urinary incontinence and prolapse. About 5 percent of those have complications, including chronic pelvic pain, erosion of mesh into the vagina, incontinence, obstruction, pain in the groin, hip and leg, and pain during intercourse.

More SURGICAL MESH News
The complications can be hard to treat. Some doctors have compared the difficulty of removing mesh that has scarred into place to trying to remove bubble gum from hair or rebar from concrete. Scarring that occurs as a result of chronic inflammation may damage a woman’s vagina, bladder and urethra beyond complete repair.

Vaginal mesh is no longer being used in Australia, Ireland and Scotland. In July, the United Kingdom instituted a temporary ban while long-term damage is assessed. It’s a lesson not lost on American women. In the absence of more effective healthcare regulation, the best defense may be the most aggressive legal posture possible.

Posted by
Paul L McMillan
on April 9, 2019
I was part of the mesh lawsuit but because I didn't have the removal surgery, I was dropped. I don't think that is fair and I should be compensated for the pain that I have to live with for the rest of my life. Help me!
Posted by
Kris
on April 8, 2019
I have a lot of problems supposedly with inserted mesh.Pain in groin,scrotum,hip and abdomen are among them.Nobody seems to help me with these issues and I don't see any options to improve quality of my life.I am open for any suggestions to consider
Posted by
Tirfari Smith
on April 3, 2019
I had an umbilical hernia repair with mess in June of 2018. I am not starting to feel the same pain and pulling I did prior to the repair.
Posted by
Elaine
on March 13, 2019
They need to stop this madness of inserting mesh of questionable material. This is causing too much deformaties and infections, etc. My son is now suffering from this and cannot afford the cost of finding a doctor that does this removal, since there are no local doctor's that perform this difficult surgery, I understand. Also, since he has other health problems, I don't even know if he could handle such a difficult surgery for removal.