Shirley’s doctor in 2012 told her that transvaginal mesh is “new and improved and no larger than a band-aid.” She partially blames her doctor for being duped, but mainly faults the TVM manufacturer for lying to her doctor. 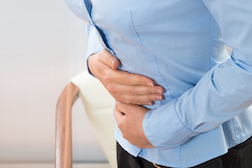 “My doctor reassured me that a TVM sling was the way to go and I wouldn’t have any complications,” says Shirley. “I later found out that I had the implant just a few months after the FDA ordered the mesh makers to look more closely at the risks associated with these devices.” And about six months before that, the FDA warned the medical community and the public that transvaginal placement of surgical mesh to treat pelvic organ prolapse may carry more risks than other surgical options, without any evidence of greater benefit. “How could my doctor not have known about the FDA warnings? I’ve been in pain for six years,” says Shirley.

Shirley filed a complaint against the mesh manufacturer because it led her doctor to believe their device was safe. “If I was aware of the FDA warnings, of course I would never have allowed the implant. So my complaint, along with pain and suffering, is that I wasn’t properly warned. And neither was my doctor. Obviously he wouldn’t have advised the mesh to treat my prolapse had he known. He told me that he doesn’t have enough time in the day to read every FDA warning. But he does have time to listen to transvaginal mesh sales reps.”

Almost ten years ago Linda (not her real name) was implanted with a transvaginal mesh bladder sling to treat incontinence. Her urologist sold her on the new “mini sling” that purportedly had less risk of complications and was the “latest in technology”. Less than a week after surgery Linda was in his office, requesting that he take it out.

“He told me not to worry and assured me that the surgery was a success,” says Linda. “I asked him how it could be a success when I am in so much pain. He said the pain wasn’t coming from the mesh but from my gallbladder because I am elderly.” Linda was 55 years old when she had the surgery. She complained to her primary doctor about the mesh but he sided with the urologist. Linda was more than frustrated. She had nowhere to turn because her insurance wouldn’t cover a second opinion by another urologist.

More TRANSVAGINAL MESH News
“Even if I did see another urologist, chances are they won’t touch another doctor’s work. Nor will they blame another doctor,” says Linda. “I’ve been on long-term disability for years now and thankful for the insurance from my employer. But my urologist still won’t accept the fact that the mesh has caused my disability. He says it’s all in my head, but the pain is real. If and when I get a transvaginal mesh settlement, I won’t be able to collect disability. Just think how much this surgery has cost in disability payments, not to mention ruining my life. Wouldn’t it be more cost-effective for the insurance company to have the mesh removed? But they go by the doctor’s reports, not mine.”

As of November 2014, more than 65,000 transvaginal mesh lawsuits had been filed against a number of manufacturers, including C.R. Bard, Ethicon (a Johnson & Johnson subsidiary), American Medical Systems and Boston Scientific.

Posted by
Deb
on October 30, 2016
So frustrating... and all too common. We hear this over and over in the support groups for mesh complications. Not many doctors will recognize or admit any complications are from mesh, though. Most do not know how to remove it, and can cause further damages if they aren't skilled in this area. Please try to get to one of the few doctors that can actually help with mesh complications.