Veteran Texas lawyer Kay Van Wey grits her teeth when she hears lawyers being accused of bringing “frivolous” medical malpractice suits. Van Wey has been practicing law for 30 years and most of her work has focused on patient safety. She represents people injured by medical errors, pharmaceuticals or medical devices. 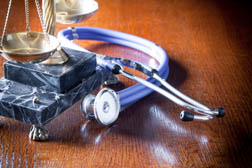 “I get riled up when I hear that same old propaganda that doctors are being harmed by frivolous lawsuits. Nothing could be further from the truth,” says Van Wey.
“Why would any lawyer in their right mind file a silly medical malpractice suit,” quips Van Wey.

“Most medical malpractice cases take on average two to three years of litigation, and the lawyer pursuing a case faces an extremely difficult and expensive process,” she says. “The doctors win a whole lot more than the patients win. This is a very high-risk investment of time and money for a lawyer. So it is just not true that lawyers are filing frivolous suits. That would be shooting yourself in the foot.”

Van Wey is the first to say that most doctors and health care professionals do good work and that modern medicine saves countless lives every day in the United States. Unfortunately, it is also true that medical errors continue to kill Americans at an astounding rate.

In Van Wey’s experience, one of the most often cited reasons for an error is a miscommunication. In a case she recently litigated, a “miscommunication” in the operating room led to a 27-year-old man dying from an injection of epinephrine that was 100 times what he was supposed to receive. The calculation was done incorrectly.

In the same Journal of Patient Safety article, author John T. James PhD, cited some of the reasons for medical errors. He wrote, “Because of increased production demands, providers may be expected to give care in suboptimal working conditions, with decreased staff, and a shortage of physicians that leads to fatigue and burnout. It should be no surprise that physician errors are frighteningly common in a highly technical, rapidly changing and poorly integrated industry.”

In the 1990s, physicians claimed they were being driven out of business by waves of unwarranted lawsuits and demanded tort reform. Van Way believes that because health care providers are now less accountable in the courts, it leads to continued errors in the system.

“There was in my view and in the view of others no proof to support the claim that doctors were hanging up their stethoscopes because their malpractice insurance was so high,” says Van Wey. “In Texas the claim was that doctors were going to start leaving the state if voters didn’t pass this into serious measures.”

More MEDICAL MALPRACTICE News
One of the results of tort reform was a cap on the amount of money a patient could expect to claim in a medical malpractice suit. There are exceptions and some variations from state to state, but generally speaking, no matter whether a patient sues one doctor or five doctors in a malpractice suit, the amount of damages is limited to $250,000.

“Most of the clients I talk to are kind of aware there was some kind of reform but they don’t have any idea of how limited their rights are now because of those changes until they find themselves in the situation of being harmed,” says Van Wey.

“What is actually happening is that meritorious lawsuits are not being pursued because of the time, expense, the caps and the laws that are weighted in favor of the health care providers,” she says.