From $20 Million to Fifty Bucks: Could the Same Thing Happen in Texas?

A legal showdown is brewing in the state of Texas over that state’s cap on punitive damages. Texas medical malpractice lawyers representing plaintiffs who saw their $502 million jury award over failed DePuy Pinnacle hip implants reduced to $150 million, are challenging the state caps at the same time that DePuy principle Johnson & Johnson is appealing the original verdict. 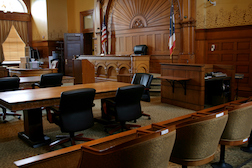 There are thousands of plaintiffs with hip replacement lawsuits against DePuy Orthopaedics and J&J languishing in multidistrict litigation, watching these developments closely.

At issue in this situation is the second of three bellwether cases in the Pinnacle MDL that ended with a jury verdict in favor of five plaintiffs alleging failure of their DePuy Pinnacle hip implants. After winning the first bellwether trial, J&J and DePuy lost the next two: a $502 million plaintiff verdict in March of last year as noted above, followed by a $1.04 billion verdict that was handed down December 1, 2016.

That award was later slashed from the original $1.04 billion to $540 million. Undaunted – and seemingly not satisfied with a similar cut to the second bellwether trial award that saw $504 million reduced to $150 million – the defendants are appealing the original verdict to the US Court of Appeals for the Fifth Circuit in an attempt to have it reversed.

Against this backdrop comes a challenge to the Texas statute that caps punitive damages, with an opposing effort to defend the caps as an effective way in which to curb runaway punitive damage awards.

In the middle are those observers who wonder why any Texas jury would even consider awarding punitive damages in any Texas medical negligence case, in any amount that would exceed the caps observed by the State.

The man behind the constitutional challenge to the Texas punitive award caps is a name you’ll know: Ken Starr, the president of Baylor University and former US Solicitor General who was assigned to investigate various alleged wrongdoings associated with the Clinton Administration in the 1990s. Starr is challenging the constitutionality of Texas Civil Practice & Remedies Code 41.008, which is otherwise known as the punitive damages cap.

Starr claims in his challenge that the statute violates the Texas Constitution’s provision allowing for “open courts.” The current statute is also “unreasonable and arbitrary” in that it unfairly differentiates between individuals with economic damages, and those with noneconomic damages, such as pain and suffering.

“Section 41.008 arbitrarily sets the exemplary-damages cap based on the plaintiff’s wealth and age,” Starr writes. “A plaintiff with a large income who is injured or killed by another’s wrongdoing will likely have far more ‘economic damages’ than a plaintiff with a modest income. Further, retirees, persons with disabilities, or spouses not working outside the home will likewise have minimal ‘economic damages’ under Texas law.”

Starr doesn’t stop there. He also claims the statute violates the US and Texas Constitution’s equal protection clauses for many of the same reasons, pointing to a 2014 final judgment in Roginski v. Shelly Co., in which a Cleveland judge found a similar statute in Ohio to be unconstitutional as applied.

More TEXAS MED MAL News
In that case, the family of a man who was struck and killed by a truck on a construction site was awarded $20 million in punitive damages.

However the Ohio cap would have taken that $20 million award down to $47.50 – that’s less than fifty bucks.

J&J, which is opposing Starr’s constitutional challenge and seeks to have the Texas caps left in place for punitive awards in cases involving, but not limited to Texas medical malpractice and Texas hospital malpractice, counter that two districts of the Texas Court of Appeals have rejected similar arguments.

Starr, and other Texas medical malpractice lawyers representing the five plaintiffs having lost the majority of their jury award to the Texas punitive caps, maintains the cap unconstitutionally discriminates against the old and the poor.

If you or a loved one have suffered losses in this case, please click the link below and your complaint will be sent to a malpractice lawyer who may evaluate your Texas Med Mal claim at no cost or obligation.
Request Legal Help Now

Posted by
Karen Arnold
on January 25, 2018
I wanted to ask if the attorney is willing to take my mesh case against AMS for the tool kit that caused permanent nerve damage in my hips, my clitorous. I do have a claim number with AMS.