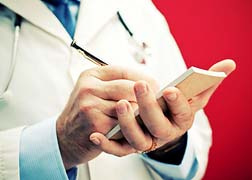 Take the case of Laura Laday, who alleges medical malpractice over a drug allergy.

On May 23rd 2007, Laday was treated at the Fannett Medical Center located in Beaumont, Texas. She had gone to seek relief from lower back pain, body aches and the swelling of her feet.

According to allegations laid out in a lawsuit Laday was treated with Bactrim D.S., a sulfa drug that left Laday with a serious and problematic reaction. Laday's adverse physical response to the prescribed Bactrim served as the catalyst for her complaint, which was filed June 4th in Jefferson County District Court.

In her medical malpractice complaint, Laday alleges that she suffered a severe allergic reaction to the Bactrim prescribed to her, and experienced severe physical impairment, disfigurement and a deterioration of her physical and mental condition. It was also noted that the plaintiff incurred medical expenses and her capacity to earn money was adversely affected.

According to a June 10th, 2009 accounting of Laday's action in the Southeast Texas Record, a legal journal that serves Southeast Texas, Laday had a "well-documented" allergy to sulfa drugs. And yet, when Drs. John Arthur Trinh and Rogelio D. Mendoza treated her at the Medical center, a sulfa drug was prescribed.

More MEDICAL MALPRACTICE News
As a result, according to The Record, Laday is seeking an unspecified judgment within the jurisdictional limits of Jefferson County District Court and unspecified exemplary damages, plus pre and post-judgment interest at the highest interest rate, costs and other relief to which she may be entitled.

The case has been assigned to Judge Donald Floyd, 172nd District Court in Texas. The specific defendants were not named.

Medical malpractice is a serious issue, given the trust that patients routinely hold in medical professionals. Patients assume that information is current and available, assuring that no drug is administered without first determining, by whatever means, that an allergic reaction is possible. Regardless of whether the headlines are serious or understated, medical malpractice negligence of any kind can be serious and devastating for the patient. Medical malpractice law is designed to protect those individuals allegedly put into harms way through no fault of their own.

Posted by
Kevin Huttenlocher
on November 14, 2019
I was prescribed bactrim for a big bite that got infected. I took 2 pills a day for 12 days. By day 14, 2 days after stopping meds both my feet were numb and now 4 months later both feet numb and painful all the time. It is sudden onset peripheral neuropathy caused by bactrim. 10 lawyers I briefed declined to take case. Hard to believe i cannot sue.
Posted by
Roberta Bauer
on June 17, 2019
I developed a sensory neuropathic cough after taking a sulfa medication. Damage to my vocal cords is irreversible. Currently on 3,600 mg of Gabapentin daily to ease the symptoms. Cough is a known side effect, but not to this degree. Three attorneys have already told me I don't have a case. I'm not giving up.
Posted by
Kristina
on June 7, 2017
Is there a lawyer who will help me? I almost died in 2011 from bactrum sulfa reaction
Posted by
Christian hughey
on March 4, 2016
I was prescribed bactrim for a sore in my nose with a known history of ITP after taking 4 pills I was on the way to icu for days i had large blood spots all over my body and in my mouth i bleed from my mouth and nose with the serious risk of brain or organ damage I had to undergo 4 bloodtransfusions due to a reaction from this drug and neglegence of the doctor who would prescibe this without doing any kind of testing
Posted by
Cheral Leslie
on November 4, 2014
Same problem as Ladae, after using Bactrim.