A jury in Texas returned a $6,844,543 verdict against the Heart Hospital Baylor Plano for allowing a heart patient to go permanently blind from a complication of open heart surgery. 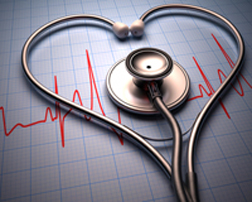 The last demand was $4.4 million, and the last offer was $750,000 - a huge mistake by the hospital attorneys. Because of the caps on non-economic damages as provided for in Chapter 74 of the Texas Civil Practice & Remedies Code, the focus at trial was placed on economic harms. Ultimately, at judgment, the non-economic damages awarded at $1.7M will be reduced to about $335,000 as a result of the cap.


Ronald Fortner, 50, a school maintenance supervisor, had open heart surgery at Heart Hospital and woke up fine. About a day later he started to slowly lose his vision until he was completely blind two days after the surgery.

The nurses failed to accurately report what was going on with his eyesight and when they did, the critical care doctor Gary Erwin failed to get an ophthalmology consult and medical intervention in time. Erwin was held 5% liable.

The critical care doctors erroneously believed that medication or anesthesia caused Fortner’s eye issues. By the time they called in an ophthalmologist, it was too late and Fortner had already gone irreversibly blind. He had suffered an anterior ischemic stroke of the optic nerves, which can result from a combination of blood loss during surgery, anemia and low blood pressure.

If he had been timely treated, the blindness could have been stopped and even reversed according to plaintiffs’ expert, neuro-ophthalmologist Alfredo A. Sadun. The defense contended that an eye stroke is a rare condition, unknown to critical care doctors. The surgeon that performed the open heart surgery and his practice group settled out before trial.

The surgeon that performed the open heart surgery and his practice group settled out before trial. The jury found 95% fault with the hospital.

If you or a loved one have suffered losses in this case, please click the link below and your complaint will be sent to Malpractice who may evaluate your claim at no cost or obligation.
Request Legal Help Now