Suicide as a Wrongful Death or Medical Malpractice Suit

Although there are a number of lawyers who have had suicide as a wrongful death suit, there is no one who focuses their entire practice on wrongful death by suicide like veteran Texas attorney, Skip Simpson. 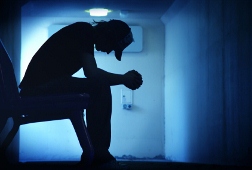 Simpson was practicing criminal law in 1987 when one of the partners in his firm asked him to speak to a woman who had come looking for legal advice after her husband committed suicide. Simpson had experience as an Airforce JAG and had dealt with mental illness and the law.

“Before I talked to her, I had to find out about suicide and that took me at least a month to understand the issues before I could even begin talking to her about it,” says Simpson. His undergraduate degree was in psychology, and he soon discovered that suicide deaths, framed in a legal context, can constitute a case for civil litigation.

Safe to say, Skip Simpson has expertise that few if any other lawyers can match.

“I don’t think there is another plaintiff’s lawyer that focuses on suicide alone, like I do. I take it to a different level. I am on the board of the American Association of Suicidology and I teach forensic psychiatry at the medical school in San Antonio,” says Simpson.

Simpson has also written a number of academic papers on the issue and has given dozens of lectures to lawyers and doctors on suicide litigation.

“The typical cases I take are ‘inpatient suicide cases.’ We are talking about people who are admitted to a psychiatric facility because they are at risk of suicide,” says Simpson. In those cases, the defendants are going to be the hospitals and/or psychiatrists.

These are typically wrongful death or medical malpractice types of suits.

“The sole job and the primary function of psychiatric inpatient care is to provide a safe environment to protect the patient. Sometimes when they are admitted to the facility, they are assigned to the wrong observation level, they are not watched closely, and then the way they kill themselves is usually by hanging,” says Simpson.

“Suicide by hanging is usually what is available, but they will take whatever method is accessible. One of the cases I have right now is a patient who stuffed food down his throat and he suffocated.”

“These cases proceed like any other medical malpractice case. There are standards of care that need to be observed. In other words, you have to have a safe environment and nurses and psychiatrists who know what they are doing, and if they violate the standards of care, then that constitutes a breach of duty,” says Simpson.

When the family calls

The American Foundation for the Prevention of Suicide reports that suicide is the 10th leading cause of death in the United States and estimates that 42,773 people die every year as a result of self-inflicted harm. Thousands more attempt suicide and suffer catastrophic injuries.

Simpson gets about 70 to 80 calls a year from people who have lost family or loved ones as result of suicide, or have suffered catastrophic injuries as a result of a suicide attempt.

About six or seven meet Simpson’s threshold for civil litigation.

His clients often come carrying a great deal of emotion.

“When someone commits suicide, family members are always wondering what it is all about, and they always have guilt and questions about what they might have done differently,” says Simpson. “When I prepare them for depositions, my job is to help them understand what happened and to know that it is not their fault. If their family member is put into a psychiatric unit, all the responsibility is on the psychiatric unit to prevent the suicide and keep a safe environment.”

Most recently, the drug Lyrica, primarily prescribed for diabetic nerve pain, has reported side effects including fatigue, chest pain and suicidal thoughts. The anti-smoking drug Chantix has also been linked to suicidal thoughts in people with a history of depression.

More WRONGFUL DEATH News
“I have had a number people call me about Lyrica, although I have not accepted any Lyrica cases at the moment. It depends on what the facts of the case are. The problem is not going to be the manufacturer, but the physician who prescribed them,” says Simpson. “Once you prescribe that, you have to carefully monitor them and explain what can happen.”

“Two-thirds of the people who die by suicide in the United States are not under the care of a physician,” says Simpson.
“The other third are those cases that can be prevented, and they should always be prevented if they are in a facility.”

Simpson’s focus is definitely a tough line of work. “I don’t win the cases, the facts do,” he says. “I see my job as helping people. That’s what lawyers do. They help people.”

If you or a loved one have suffered losses in this case, please click the link below and your complaint will be sent to a malpractice lawyer who may evaluate your Wrongful Death claim at no cost or obligation.
Request Legal Help Now

Posted by
Angela Barnes
on August 30, 2017
My mom was a cancer patient with manic depression she want to a rehabilitation after hospitalization was found outide her window 9 mo later her death was ruled a suicide can I get a case if anything?