Bullied Microsoft Employee Gave His “Heart and Soul” to the Company

The jury in a high-drama Texas employment lawsuit recently ordered Microsoft to pay $11.6 million to Michael Mercieca, a former senior sales executive who successfully sued the super company for allowing a group of employees to create a hostile work environment where Mercieca was harassed, bullied and retaliated against. 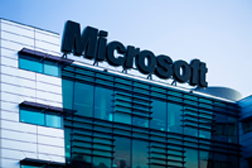 “This was very real. Michael comes from humble beginnings, he’s a self-made man and Microsoft was his family. He lived and died for this company. He gave his heart and soul to Microsoft and the fact that they did this to him was devastating,” says one half of his legal team, attorney Roy Pollack.

Now, somewhere in the US, 54-year-old Merceica is trying to pick up the pieces.

After 17 years of traveling the globe on behalf of Microsoft, collecting awards and earning positive performance reviews, it all came to a crashing end when he was falsely accused of sexual harassment and a group of Microsoft employees conspired to destroy his reputation and make his daily workplace a living hell.

Sometime before 2007, Merceica ended a relationship with a woman at Microsoft who later went on to become his boss. Two years later, another Microsoft employee and a close friend of Merceica’s former romantic partner, Lori Aulds, complained (falsely) to Aulds that Merceica had sexually harassed her.

From then on, Michael Merceica’s life at work got very difficult. Aulds cut his expense budget, cut him out of necessary meetings, urged him to seek a job outside the US, repeated the false accusations to her bosses, sabotaged his potential sales and claimed he made false expense claims.

Eventually, in 2010, Merceica complained to human resources about Ms. Aulds and the behavior of other managers who were isolating Merceica in apparent loyalty to Ms. Aulds.

Human resources failed to address Merceica’s complaints and the piling on continued, even accelerated. Promotions that were due to him failed to materialize. Other managers contacted his sales clients and tried to dig up dirt on him. And it went on and on and on.

“This is a more subtle kind of workplace discrimination,” says Pollack, who together with attorney Paul Morin, both of Austin, Texas, stuck with Merceica for four years.

“In some ways racial discrimination or gender discrimination are more obvious than corporate bullying. It happens behind the scenes and the corporate infrastructure makes it easier to get away with. Usually victims just walk away. They don’t have the drive or finances to go to court,” adds Pollack.

Microsoft fought back vigorously and threw some 250 lawyers on the case. Merceica had Pollack and another lawyer, Martin Morin, on his team. Four years and 90,000 documents later, Merceica was vindicated.

“We were traveling all over the country taking depositions,” says Pollack. We were on the east coast, the west coast - it was a lot of leg work,” says Pollack, looking back at the mountain to be climbed in order to gather the evidence for a constructive, dismal workplace retaliation bullying case.

“All the information we got, we would not have gotten without a lawsuit,” he says. “It is not like Microsoft was just ready to hand over all the paperwork, and even when they do turn it over, they try to bury you by giving you so much documentation.

“And, we had a client that firmly believed he knew what happened behind the scenes,” says Pollack. “He wanted to see this through to the end. He was not afraid to go to trial.

“The sad thing is that Microsoft had a guy that would have worked for them until he was 70 years old with a smile on his face and towing the company line all the way,” says Pollack.

California psychologist, Paul G. Mattiuzzi, deals primarily with forensic cases but is also familiar with the stress of suing an employer. His own wife sued her employer twice. It takes a toll.

“Filing a retaliation lawsuit is exceedingly difficult, especially against a large corporation,” says Dr. Mattiuzzi.
“I think what devastates people most is the fact that they are fighting their employer. This is someone they have trusted, been loyal to and suddenly the employer turns on them. They say you’re a bad employee. You’re a whiner, a complainer and these complaints are nonsense. That’s what hurts.”

More TEXAS EMPLOYMENT LAW News
Microsoft is not the only employer held to account for ganging up on employees and subjecting them to workplace retaliation. Kraft Foods, Playboy, Staples and many others have been litigated for this kind of nasty workplace antics. The US Equal Opportunity Commission 2013 lists workplace retaliation as the number one source of complaints and litigation.

“Right now Michael is not doing anything,” says Pollack. ”He is recovering slowly. He is starting to get resumes out there. One of the problems is that all you have to do is punch someone’s name into the Internet and you see everything. It is really hard to get hired again when employers see you have been involved in litigation, even when it is something you didn’t do.”


Roy Pollack is a general litigation lawyer from Austin, Texas. His colleague Paul Morin also practices in Austin and handles personal injury cases, family law, wrongful death suits and other litigation matters. They collaborated on the Merceica case and won $11.6 for the plaintiff, out-arguing Microsoft’s more than 200 lawyers.

Posted by
Steve
on August 31, 2015
Welcome to Microsoft. That's what happens when you have a company stuff to the rafters with A type personalities. The number of people I know that left Microsoft because they couldn't stand the constant harassment by their bosses anyone would be laughable if the reality of their situation wasn't so sad.

It's generally not so black and white as in the case described above... Generally a manager singles out one person in the team and tries to do their best to make their life hell. The end result is that person usually ends up leaving and hating Microsoft. The manager moves on to the next person.

Performance has nothing to with it... it's generally personality conflicts.

Posted by
Linda Pimienta
on April 2, 2015
I am so happy to know that there finally was justice for this unfortunate man. I empathize with him as I am currently being bullied, harassed, intimidated and tormented by my supervisor. I work for a huge health care co on the stock exchange. I have reported this to management over and over. Every day she does something else. She is an email junky which will do her in eventually. Two employees witnessed her having a meltdown screaming and yelling and degrading me. The employees reported this to upper management and they did nothing as the bullying continued.Someone please help me. I will not quit. I have been fighting this with no support from management. My only alternative is to sue. Can the Texas dynamic duo help me?
Posted by
Lisa
on July 19, 2014
Kudos to Michael's attorneys. I see this kind of senseless behavior happening in corporate america today.