A Texas employment lawsuit has been filed in Texas, alleging Harte-Hanks failed to properly pay employees for all hours worked. The Texas labor lawsuit was filed by an employee who worked at the company’s call center in Texarkana, Texas, and alleges that she and other employees were not paid for all time spent logging in to call systems or all time in administrative tasks at the end of the shift. 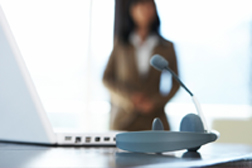 The lawsuit (Elissa Shetzer, v. Harte-Hanks Response Management/Austin LP, Case number 5:15-cv-112 in the US District Court, Eastern District of Texas) alleges Harte-Hanks failed to accurately record all time worked by employees and did not adequately compensate employees for off-the-clock work. Specifically, Shetzer alleges that she and other employees spent time off-the-clock preparing to take customer calls and wrapping up their duties at the end of their shift.

For example, according to the lawsuit, the computer system required to carry out job duties took approximately 15 minutes to log on to before the start of each shift, before the first call could be taken. Meanwhile, after clocking out, employees were allegedly required to spend up to 10 minutes logging off, closing out and shutting down computer programs.

On occasions where employees were on a customer service call when their shift ended, they were paid to the end of the phone call, but clocked out once the call ended, even if there were still administrative tasks to carry out related to the call before logging off the computer system.

More TEXAS EMPLOYMENT LAW News
For employees who worked full-time, the extra time logging in to and out of computer systems should have counted as overtime, the lawsuit claims. In some cases, according to the lawsuit, employees could be owed up to three hours of overtime weekly.

Shetzer claims Harte-Hanks violated the Fair Labor Standards Act and requests class-action status for the lawsuit. The lawsuit seeks monetary and liquidated damages, interest and costs from the defendants.

More lawsuits are being filed by employees who allege their employers require them to work off-the-clock for the benefit of the employers, without properly compensating employees. In addition to time spent logging in to and out of computer systems, plaintiffs in other lawsuits allege they are not properly paid for time spent putting on and taking off protective gear and uniforms, or time spent waiting for security checks before they can leave their worksite.

Posted by
jacob mark castaned
on October 30, 2015
I was fired for having two accidents and the place I work at BVS construction of collage station tx and they say I owe them two thousand dollars for deductible on the accidents they not given me my last two cheeks