It is hard to imagine what Michael Mercieca’s life has been like the last seven years. 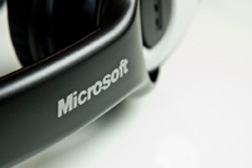 Even now he is holding his breath. He’s waiting for September 5 and an important decision from the judge in Mercieca’s long legal battle against Microsoft.

Earlier this year, a jury sided with Mercieca in a highly publicized Texas employment lawsuit and concluded that he should be awarded $11.6 million in damages after successfully arguing that the company had allowed managers to perpetuate a hostile work environment that essentially ended the former sales representative’s career at the global behemoth.

However, in three weeks’ time, the judge in the case will make a final decision that will determine the exact amount of damages Mercieca may receive. He also has the power to overturn the jury’s verdict and it is still possible Microsoft may appeal the decision. There are still many unknowns.

Any attempt by Microsoft, at this point, Mercieca says, to overturn the jury’s decision would likely be a vanity play - an attempt by the iconic American corporate innovator to deny that such a culture could ever exist at Microsoft.

“That would not alter the fact that we got a jury verdict in this case,” says Mercieca.
“If this gets turned over and I don’t get a dime, well, life goes on.”

Brave words from Mercieca. However, the damage to him as a human being is unlikely to be covered even by the full $11.6 million.

It all started when Mercieca ended a romantic relationship with a female co-worker. She later went on to become his boss and convinced another co-worker to accuse Mercieca of sexually harassing her. Eventually, others in the office piled on and Mercieca’s 18 years of exemplary performance as a salesman who consistently exceeded targets was literally shot to hell.

He had been a Microsoft believer - but in the end, he felt as if the company had turned on him.

“My therapist gave evidence in trial and said this kind of situation causes a form of post-traumatic stress disorder,” says Mercieca. “It is that sense of betrayal that gets you. I saw myself as a Microsoft advocate 24/7, not just Monday to Friday. If I was in Starbucks on Sunday and someone had a problem with a Microsoft laptop, I would identify myself and say how can I help you?

“I have lost my house, my pension, I am almost 53 years old,” says Mercieca. “You try to anesthetize those close to you; it can’t help but have an effect on them.

“Right now, I don’t have the financial resources to fund my son’s college education,” says Mercieca.

“Instead of going to soccer games or playing video games with my son the last few years, I was traveling to depositions. My lawyer and I went all over the country. We went to Redmond to Boston to Philadelphia and New Jersey - all because Microsoft would not accommodate us by bringing the employees to us. They made it as difficult as possible. They hid information and tried to drown us with over 100,000 documents.”

Microsoft fought Mercieca on a number of fronts. Born in the United Kingdom, Mercieca withstood Microsoft’s challenge of his green status, his mental status and more.

As for restarting the career that ended with his constructive dismissal from Microsoft and his decision to litigate against them - that is proving very difficult. He’s now a walking reservoir of information and statistics about workplace bullying and intimidation.

“No, I have not been able to get work,” says Mercieca. “I think, I recall from the trial, an expert said 87 percent of employers won’t hire someone who has the smell of litigation about them,” says Mercieca.

“And remember, I didn’t sue a small company,” he adds. “I sued one of the biggest, most financially liquid, one of the richest, most powerful companies in the world and won.”

More TEXAS EMPLOYMENT LAW News
That’s not bragging says Mercieca. It is simply meant to illustrate that an employer might be reluctant to hire someone who wasn’t afraid to stand up to a big boss like Microsoft.

As Mercieca waits for September and running short of cash, he has no regrets.

“I am not going to have my legacy of 20 years dashed by a false sexual harassment complaint,” says Mercieca. “If you don’t defend something, you are presumed guilty, you are not presumed innocent,” he says. “That is the culture we live in. I had no choice but to defend myself.

“Yes, I would have to do it again,” says Mercieca. “This was in direct contradiction of my values. I had to stand up for what was right.

“What is the saying?” says Mercieca. “If you stand for nothing, you’ll fall for anything. I believe that.”