Wells Fargo has reached a preliminary settlement worth around $30 million in the TCPA lawsuit filed against it. The settlement addresses allegations the financial institution violated the Telephone Consumer Protection Act (TCPA) by using autodialers and systems that helped the system predict when consumers were likely to answer their phone. 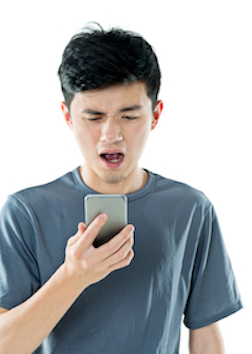 The TCPA lawsuit was filed by Kenisha Cross in 2015, on behalf of users or scribers who received autodialed or prerecorded calls from Wells Fargo related to overdraft of deposit accounts during the class period. Cross alleges that within approximately a month of purchasing a new cellphone number, she received at least six calls from Wells Fargo, despite Cross telling Wells Fargo she was not the individual they sought.

After the second phone call, Cross told Wells Fargo to take her off their call list. Wells Fargo continued the phone calls even though Cross had no existing relationship with the bank.

"In light of the frequency, large number, nature, and character of the calls, Defendant placed its calls to Plaintiff's cellular telephone number by using an automatic telephone dialing system," the lawsuit alleges.

The Telephone Consumer Protection Act (TCPA), regulates how and when businesses can contact consumers, including restricting how automated telephone devices are used. According to the TCPA, an automatic telephone dialing system is equipment that has the capacity to store or produce telephone numbers to be called, using a random or sequential number generator, and has the capacity to dial such numbers. The act makes it illegal to call - other than for emergency purposes or with the express consent of the call recipient - any telephone number assigned to a cellular telephone service.

Companies that are found to have violated the TCPA could be charged $500 per phone call and up to $1,500 for calls that willfully break TCPA rules.

According to court documents filed by the plaintiff, Wells Fargo will create a settlement fund of around $30 million, from which each class member will be entitled to a share.

In August, the court gave preliminary approval to the lawsuit, having found it reasonable, fair, and adequate. Final approval could be granted in early 2017.


READ ABOUT TELEMARKETING AND ROBOCALL LAWSUITS

If you or a loved one have suffered losses in this case, please click the link below and your complaint will be sent to a media/telecom lawyer who may evaluate your Telemarketing and Robocall claim at no cost or obligation.
Request Legal Help Now

Posted by
Charles Parker
on November 24, 2016
I constantly received calls from Wells Fargo regarding this lawsuit also they were constantly and falsely accusing me of being overdrawn and charging me the fees of which I paid for every single time. I new I was right but they would not listen to a word I had to say and the bank manager at the time was one of the rudest individuals I had ever had to deal with, very unprofessional and was very uncalled for.
Posted by
Toni A Garland
on October 21, 2016
I have received numerous calls from WellsFargo
Posted by
Karen Jewell
on September 11, 2016
I have received unwanted calls from Wells Fargo.
Posted by
Darcel Chambers
on September 11, 2016
I get numerous calls all the time that are prerecorded, i.e. Municipal Services calls, Student Loan Debt calls. I've requested they stop calling & they jus ignore my request. They even call on weekends.