Washington, DC: Stryker Orthopaedics has voluntarily recalled its Rejuvenate Modular and ABG II modular-neck hip stems. The voluntary recall was initiated due to the potential risks associated with modular-neck stems, including the potential for fretting and/or corrosion at or about the modular-neck junction, which may result in adverse local tissue reactions manifesting with pain and/or swelling. 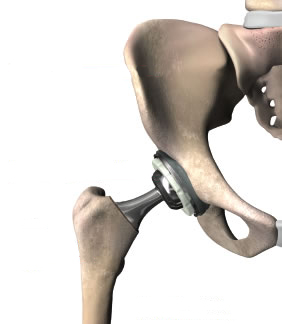 The Stryker Rejuvenate is not a metal-on-metal hip device, but it does have metal-on-metal components, which are believed to be responsible for the development of metallosis in some patients. According to reports, the Stryker Rejuvenate hip implant device is linked to a high early failure rate, resulting in some patients having revision surgery to replace their hip replacement device.

More Stryker Rejuvenate Hip Implants News
The Stryker Rejuvenate hip implant was approved via the FDA 510(k) "fast track" approval process in 2008--and the device that it was considered to be "substantially equivalent" in design to was the Wright Medical Technology Pro-Femur Total Hip Modular Neck System--and that hip implant has also associated with patient injuries.

On May 28, 2012, Health Canada announced that Stryker Rejuvenate was being recalled so the instructions for use could be updated. The recall affected only Rejuvenate devices sold in Canada and was based on a reported rate of less than one percent for revisions associated with the Rejuvenate. The recalled Canadian devices are: