When Paul, who had a Stryker Rejuvenate hip implanted, received a Stryker recall letter from his doctor he immediately had blood tests to rule out the possibility of metallosis, which has been linked to the device and one of the reasons for the recall . “Sure enough I have a chromium level of 8.8 which is high and cause for concern,” says Paul. 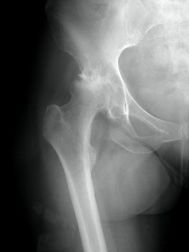 Paul (not his real name), age 62, also had an MRI, the results of which showed inflammation, some irritation and problematic tissue destruction—all typical signs of what happens when the metal breaks away from the device, determining that the metal-on-metal device is defective.

“When I got my doctor’s letter about the Stryker recall it freaked me out,” says Paul. "I was extremely upset and afraid of what this was going to do. The letter said that you can call Stryker for further information, which I did. I questioned their statistics: According to the Stryker representative I talked to, the incidence rate of metallosis, fretting or corrosion was less than five percent.”

As a follow-up to his call last summer, Stryker sent Paul a package of information, including a request that he release to the company his medical records. That is when he decided to seek legal help.

“I don’t know why they wanted my medical records, they didn’t even tell me why,” adds Paul. “On my attorney’s advice I discussed with my doctor that I am seeking legal advise and that it has nothing to do with him." His doctor understood and had no problems with Paul seeking legal counsel, particularly because another patient of his has problems with Stryker.

"It was important that my surgeon knew I was going against Stryker; I also wanted my doctor to be on my side because I didn’t want to lose my relationship with him and I didn’t want even a hint of a medical malpractice lawsuit. My attorney has made it clear that we are going after Stryker and not my surgeon.

More STRYKER ORTHOPEDICS REJUVENATE News
"I believe that surgeons have been sold a bill of goods by Stryker. When my surgeon and I first talked about the Stryker Rejuvenate, I thought he could make a precision fit for me. Being an engineer this device really appealed to me; I could understand the mechanics behind it. This particular prosthetic was not metal-on-metal because the stem itself is chromium or titanium and the other part that goes to the ball is chromium. But I look at this as one metal piece, with two different metals.

"This begs the question: How can they use two different metals? Would I have this problem with one metal and the same design? I question why anyone would put two different metals together rather than one. There is more probability for a reaction with two metals. I could be wrong but to me it is a no-brainer."