People who believe they have been wronged by their stockbroker may feel that a lawsuit is the only way to recover their damage; however, stockbroker arbitration can be just as effective as, and less time consuming than, a lawsuit. In the past month, two large arbitration awards were handed out after an arbitration panel found in favor of the claimants.

In one arbitration case, an elderly couple was awarded $685,000 after they complained that their stockbroker mismanaged their investments by using risky investment techniques and buying high-flying stocks. The couple argued that their accounts lost 95 percent of their value because of the stockbroker's unsuitable investments. They further argued that the stockbroker ignored fixed-income investments, which are usually used in retirement portfolios, instead focusing on margin investing, which occurs when stocks are purchased with borrowed money. Doing so can cause huge losses if the purchased shares lose value. The award included $513,700 in compensatory damages and interest. 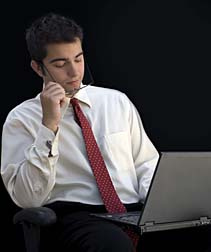 Last month, Merrill Lynch was hit with a $3.3 million award against it. The arbitration claim in this case focused on a Merrill Lynch broker who used unsuitable investments and trading activity on behalf of a client. According to the complaint, the stockbroker engaged in numerous transactions on the account, despite not having communicated his intentions to the client.

Furthermore, the complainant alleged that she was encouraged to enter a liquidity contract that she did not understand. The contract resulted in the loss of much of her stock and carried fees of 20 percent that she was not informed about. She also complained that the stockbroker communicated only with her then-husband, who did not have power of attorney over her accounts and also allegedly forged her signature on account documents.

Meanwhile, A New Jersey brokerage firm was ordered to pay 11 investors $125,000 on losses caused by a stockbroker who recommended they invest in annuities. Annuities are among the highest commission-based products and brokers must accurately inform investors about the high costs associated with annuities. The claimants alleged that their broker did not inform them of the high costs associated with their investments and further claimed that he churned their accounts, moving them from one insurance company to another. Doing so created additional commission for him while increasing the costs and penalties that his clients had to pay.

The brokerage firm was fined because it did not follow proper hiring principles and failed to supervise its "registered investment advisor." The firm is also required to pay all fees related to the arbitration.

More News
Although most stockbrokers uphold their duties of care and diligence, there are some who put their interests ahead of their client's interests. They do this in a number of ways: by churning accounts to generate commission, by engaging in transactions without the client's authorization, or by recommending securities that are not suitable for the client. Furthermore, some stockbrokers fail to provide their clients with important information about an investment, including fees, commissions and risks associated with the investment.

Clients who believe their advisor has acted improperly can file a complaint with the Financial Industry Regulatory Authority (FINRA), the largest non-governmental regulator for all securities firms doing business in the US. However, many clients who file complaints still need a lawyer to handle the ins-and-outs of an arbitration hearing. A lawyer can help collect evidence and ensure all deadlines are met and proper paperwork is filed. Even an arbitration hearing can be a complicated procedure.

If you have suffered stock losses as a result of stock broker negligence, please contact a lawyer involved in a possible [Stockbrokers and Financial Advisers Lawsuit] to review your case at no cost or obligation.
Request Legal Help Now