The Financial Industry Regulatory Authority (FINRA) has barred two brokers from the securities industry after finding the brokers guilty of fraud related to their sale of the Prestige Wealth Management Fund, LP. The brokers reportedly consented to the entry of FINRA’s findings but neither admitted nor denied the claims of stockbroker fraud. 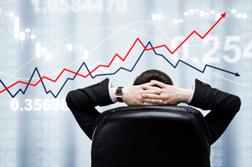 FINRA announced the decision in a news release (2/11/16; finra.org), and said it conducted an investigation into Timothy S. Dembski and Walter F. Grenda, for activities they engaged in while employed with Mid Atlantic Capital Corporation. FINRA alleged Dembski and Grenda “made material misrepresentations and omissions to lead investors to believe that the hedge fund was a ‘growth’ fund that would be based on a computer algorithm that automatically included risk protections and stop-losses to limit losses in the fund.” Instead, the fund was speculative, was not chained to a computer algorithm and, in its last traded month, lost more than 80 percent of its value.

In addition to making misstatements about the fund, Dembski and Grenda also allegedly knowingly distributed information that contained misrepresentations about the Chief Investment Officer’s experience. For example, the materials reportedly stated that the CIO worked in financial services for more than 14 years and co-managed a portfolio of more than $500 million, both of which were reportedly false.

FINRA is the regulatory body that oversees brokers and securities firms in the United States. Investors are normally required to agree to FINRA arbitration to settle disputes with their brokers. FINRA can also conduct investigations on its own, and can fine or bar brokers based on its investigations.

“In 2015, FINRA barred nearly 500 brokers from the securities industry and we will continue to root out those brokers who seek to take advantage of their customers,” Brad Bennett, FINRA’s Executive Vice President and Chief of Enforcement, said in the news release.

More STOCK BROKER News
In late 2015, FINRA ordered a securities firm, its founder and a broker to pay $1.9 million to investors, after the investors claimed they were victims of fraud and churning (unnecessarily high account transactions). The complainants were awarded $1.7 million in damages, plus interest and punitive damages. The securities firm was also accused of not adequately preventing brokers from churning accounts or violating other securities rules. FINRA alleged the firm’s founder “fostered a culture of non-compliance.”

Among complaints against the firm were unauthorized trading of seven accounts, churning on five accounts and two counts of recommending unsuitable investments.