Morgan Stanley has been ordered to pay $8.6 million in a stockbroker arbitration claim that alleged unauthorized trading. The award was given to Denis Doyle, who filed the Financial Industry Regulatory Authority (FINRA) arbitration after his accounts experienced a drastic decline in value. Although FINRA typically does not comment on its rulings, according to The Wall Street Journal (6/3/16), the panel cited financial elder abuse when it awarded $2 million in punitive damages. 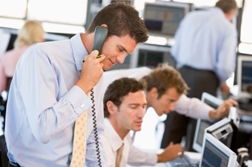 Denis Doyle and his now deceased wife, Gloria, alleged their account generated more than $2 million in commissions in only 3.5 years and included investments in risky companies, including a Chinese Internet company and an oil-and-gas company from Papua New Guinea.

Among the causes of action listed in the filings were unauthorized trading, unsuitable investments, breach of fiduciary duty, fraud, financial elder abuse and negligence.

A spokesperson for Morgan Stanley said the company found the award excessive, given that the losses in the account totaled around $225,000. Included in the award were $6.1 million in damages and $2 million in punitive damages, plus legal costs. Doyle had initially requested punitive damages of between $12 million and $20 million.

Investors who sign with brokerages and other financial firms frequently find they must go through FINRA arbitration to settle financial disputes with the people who advise them on how to invest their money. FINRA arbitrations are shorter and typically less costly than a lawsuit, but the decisions of an arbitration panel are binding, and some critics question how neutral FINRA can be when it depends on financial firms for its existence.

“FINRA found that from 2009 through 2014, [MetLife] misrepresented or omitted at least one material fact relating to the costs and guarantees of customers’ existing VA contracts in 72 percent of the 35,500 [variable annuity] replacement applications the firm approved…” the news release states.

MetLife will reportedly pay $20 million in fines and $5 million to customers.