For cases in which individual investors have grievances with their stockbrokers, investors usually find that stockbroker arbitration is the best course of action. In fact, if an investor has signed an agreement to submit to arbitration he has no choice and must take his claim to arbitration. 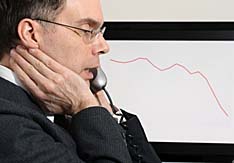 However, when there are large groups of investors fighting against a large company, it can be more beneficial to file a class action lawsuit against the company.

In one example of a possible class action lawsuit, a judge has ruled that a lawsuit filed by Enron investors against Merrill Lynch and Co. Inc. and Credit Suisse Group can proceed in April, despite an appeals court not yet issuing judgment on whether or not the plaintiffs will join the suit as a group. The two banks had requested that the trial be delayed until the appeals court issued its decision. Investors are suing Merrill Lynch and Credit Suisse group for allegedly helping Enron hide its financial misdeeds.

Meanwhile, Merrill Lynch recently settled three class action lawsuits which alleged the company gave misleading research about internet companies to clients who were looking to purchase mutual funds. Plaintiffs also claimed that Merrill Lynch did not inform them that there was a conflict of interest between its brokerage and underwriting divisions.

The settlement will see around 400,000 investors divide $40 million.

Merrill Lynch has been under fire since a former New York Attorney General initiated an investigation into the company's potentially illegal practices five years ago. The Attorney General was investigating an alleged scheme on the part of Merrill Lynch's research division to publish analysis of internet stocks that was either false or misleading with the hope of generating investment banking business. The investigation resulted in an agreement between Merrill Lynch and the government back in 2002, but also resulted in a number of lawsuits related to the company's actions.

More News
According to a report at www.PBS.org, the New York investigation revealed that one of Merrill Lynch's internet analysts was privately dismissing internet companies while publicly recommending them. In the settlement Merrill Lynch agreed to pay a fine in the amount of $100 million to New York and other states. The firm also apologized to its clients and shareholders.

In 2006, Merrill Lynch announced that it had reached a deal to settle 23 class action lawsuits for $164 million.

Sometimes, investors have a choice as to whether or not they should use litigation or arbitration against a stockbroker. Both courses of action have positive and negative aspects. However, when a large group of people has been taken advantage of by a company, a class action suit may be the best way to proceed.

If you have suffered stock losses as a result of stock broker negligence, please contact a [Stockbrokers and Financial Advisers] lawyer who will evaluate your claim at no charge.
Request Legal Help Now