Investors have filed lawsuits against JPMorgan and MF Global, alleging the financial firms were involved in securities fraud and other misdeeds. Meanwhile, some investors are looking into stockbroker arbitration as a way of resolving their complaints about stockbroker fraud. 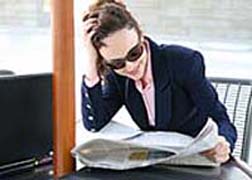 Two lawsuits were filed against JPMorgan Chase & Co., alleging the firm's management misled investors about the risks associated with Morgan's financial maneuvers. The lawsuits, filed in May and reported by Zacks (5/17/12), followed Morgan's announcement of losses of around $2 billion in the first six weeks of the second quarter.

Meanwhile, lawsuits have been filed against Jon Corzine, former CEO of MF Global, alleging breach of fiduciary duty and negligence in the running of the bankrupt brokerage. According to Reuters (6/5/12), sorting out the missing $1.6 billion could take up to six years, and customers are not likely to recover all their losses.

More STOCK BROKER News
MF Global declared bankruptcy on October 31, 2011. The New York Times (12/11/11) reports that on October 21, 2011, ten days before the bankruptcy, MF Global transferred up to $1.2 billion in customer money. Some clients are considering filing an arbitration against MF Global. Financial firms such as MF Global often have arbitration clauses that require investors to file arbitration rather than a lawsuit in the case of disputes.

Stockbroker arbitration is a means of resolving disputes involving the financial industry. The Financial Industry Regulatory Authority (FINRA) oversees the arbitration process, in which both sides in the matter present their cases before a independent panel of arbitrators. The arbitration process is quicker than the courts, because FINRA arbitration decisions are usually final and binding and the losing side rarely has the opportunity to appeal the decision. Lawsuits, because of the lengthy appeals process, can take years to resolve.

Many financial firms include a clause in their investor contract requiring customers to file an arbitration rather than a lawsuit to resolve a dispute.