It's bad enough when an individual stands accused of defrauding another individual. It's worse when that individual is a family member. To the ultimate extreme, committing stock broker fraud against your in-laws to the tune of $1.5 million is the ultimate sin, and does little to endear a married man to his most harsh natural critics. 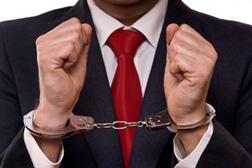 But that's what happened when Ryan Kimura, a former Honolulu stockbroker with Morgan Stanley Dean Witter in the Hawaiian city, embezzled more than a million dollars. His former employer made restitution to Kimura's in-laws, with Kimura required to reimburse Morgan Stanley the $1.5 million. The 42-year-old perpetrator of stock fraud is likely to be left with a massive tax bill to the Internal Revenue Service (IRS), together with an expected $1 million fine for bank fraud.

Kimura was found to have forged 206 checks totaling $1.5 million, according to a separate account in the Honolulu Star-Advertiser. He also was accused of making stock trades with additional funds obtained from a Japanese company owned by his father-in-law.

The stockbroker fraud included various efforts to conceal the diversion of funds, including the issuance by Kimura to his family of altered accounting statements. According to government accounts, Kimura reported one account as having a balance of $450,000—when in fact, the account in question contained a balance of no more than $5,000.

Kimura is said to have lost $360,000 in unauthorized stock trades—trades from which he collected commissions.

More STOCK BROKER News
The stockbroker investment fraud resulted in Kimura pleading guilty to one count each of wire fraud, bank fraud, money laundering and filing a false income tax return. As part of a plea agreement, Kimura will repay $1.5 million to Morgan Stanley Dean Witter, $505,429 to the IRS in back taxes stemming from under-reported income from 2002 through 2007, and $129,770 to the state of Hawaii.

When Kimura is sentenced in August, he may face a 30-year prison term and a $1 million fine for bank fraud. The accused may also have to reimburse the government for the costs associated with his prosecution.

Stock broker arbitration is often used to settle disputes when the amounts involved are small or if the involved parties wish to avoid a sometimes lengthy and costly trial. In this case, given the gravity and the size of the allegations, a criminal trial was the preferred avenue of response. There is no word if Kimura's in-laws are speaking to him.