There are various schemes that fall into the category of stock broker fraud. One term that is making the rounds of late—and alleged activity that has landed a Yonkers stock broker in hot water—is the so-called pump and dump scheme. To that end, the Journal News of Westchester County, New York, reported on Thursday that Gregg M. Berger may have raked in upwards of $600,000 in commissions while undertaking his role in alleged fraud. 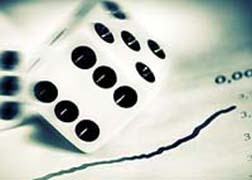 According to the Journal News on February 3, the New York stockbroker has been accused by federal prosecutors in Detroit of using small-cap, lightly traded stocks in an alleged fraud that may have netted the participants upwards of $30 million.

"Pump-and-dump schemes undermine the integrity of our stock markets," Assistant Attorney General Lanny Breuer said. "When stockbrokers exploit their trusted positions to enrich themselves at the expense of innocent investors, as Mr. Berger is charged with doing here, we will pursue them vigorously."

The alleged stock fraud is said to have occurred this way: purveyors of fraud will purchase small-cap, lightly traded stocks on the cheap, then promote them to potential buyers by overstating their value and misrepresenting the companies' prospects. The over-inflated stocks are then sold off when the prices rise, causing value to tumble. Investors are left holding near-worthless stock.

More STOCK BROKER News
This alleged stockbroker fraud scheme reportedly occurred over a two-year period from 2005 through 2007. Berger is accused of serving as the stockbroker for the alleged fraud, establishing trading accounts and executing trades involving about 30 million shares of stock thought to be connected to the scheme. Confidential information pertaining to client accounts was also, it is alleged, wrongfully shared with Berger's co-conspirators.

They include Alan Ralsky, Francis Tribble, How Wai John Hui and Scott Bradley, who have already pleaded guilty in the case, according to prosecutors.

It was reported that the Securities and Exchange Commission (SEC) has filed a civil suit against Berger and his alleged co-conspirators in a separate action. Berger is to be arraigned in a Detroit court on February 8. It is not known at this juncture if victims of the alleged scheme will attempt to retrieve their losses through stock broker arbitration.

If you or a loved one have suffered losses in this case, please click the link below and your complaint will be sent to a securities frauds who may evaluate your Stock Broker claim at no cost or obligation.
Request Legal Help Now