More STOCK BROKER News
An Omaha, Nebraska woman was recently sentenced to five years in federal prison and ordered to pay back $3 million after she committed stockbroker fraud involving former football players from the University of Nebraska and Michael Vick, the Omaha World-Herald reports. 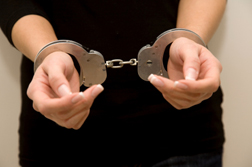 Mary R. Wong, 47, pleaded guilty in September and was facing up to 20 years in prison, according to the news provider. US District Judge Laurie Smith Camp ruled that Wong had accepted responsibility for misrepresenting facts about certain investments and promising profits.

Wong was reportedly a former stockbroker in Lincoln, Nebraska, who had formed an investment partnership with former Nebraska football players Demorrio Williams and Josh and Daniel Bullocks. Through the partnership, money was invested on behalf of the players as well as NFL star Michael Vick, who was a former roommate of Williams, according to the news source.

Prosecutors accused Wong of chartering private planes, paying off credit card debt and buying expensive houses with some of the money she obtained from the investors, the news source said.

According to the Washington Post, prosecutors claimed Wong also used some of the money to support her other business endeavors.