Two billionaire brothers and others within their influential circle in Dallas have been brought up on charges of securities fraud by the Securities and Exchange Commission (SEC), according to the 7/30/10 edition of the New York Times. 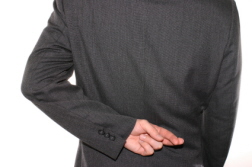 Samuel and Charles Wyly, who are reportedly worth billions of dollars together, were charged on July 29 in Federal District Court in Manhattan with securities fraud alleged by the SEC to be worth $550 million. Also charged were stockbroker Louis Schaufele III and a lawyer who works for the Wylys.

According to the New York Times, the charges stem from a six-year investigation by the SEC that began in 2004. At the time, Bank of America reported to the SEC that it had terminated numerous accounts held in the names of various companies and based in the Isle of Man, due to the fact the agency could not verify to whom the companies belonged.

The SEC subsequently discovered that the companies and other similar entities were registered as trusts over which the Wyly brothers—both in their seventies—had no control. However, the SEC asserts that the billionaire brothers did, indeed, direct the lion's share of the investment activity in the trusts, and in the process are alleged to have sold hundreds of millions of dollars worth of shares without adhering to SEC disclosure rules.

The accused called the charges a "misapplication of the law" and held that all activities were conducted on the basis of accounting and legal advice they had received.

The SEC asserts that proceeds from the alleged securities fraud and insider trading hovered around $550 million, which the alleged perpetrators used to purchase art, collectibles, jewelry and real estate. Ten million dollars went to the business school at the University of Michigan, Samuel Wyly's alma mater.

The Wyly brothers, it has been reported, are extremely philanthropic, and have donated millions to conservative causes over the years. Earlier this year Sam Wyly was named to the Top 10 of the world's "greenest' billionaires by Forbes magazine. They are well respected in the business community and maintain a website—www.charlesandsamwyly.com—that serves as an open book to their business and philanthropic activities.

Yet the stock fraud allegations, if proven true, could result in a massive penalty and tarnish the brothers' image.

More STOCK BROKER News
The SEC claimed that a series of undisclosed investments and securities sales took place over 13 years and involved three quarters of a billion dollars in stock.

SEC regulations require that company directors and executives report all sales or purchases of shares, and that holders of more than 5 percent of a company's stock disclose that fact. The Wylys claimed to own only small stakes in their companies, but the SEC charged that they owned from 16 percent to 36 percent of the four companies named in the complaint.

''By concealing that the entities making the sales were under the control of the Wylys, other investors paid inflated prices for the shares they sold," said Lorin Reisner, the deputy director of the SEC's enforcement division.

Speaking through their legal counsel, the accused called the charges without merit.

If you have suffered losses in this case, please send your complaint to a lawyer who will review your possible [Stock Broker Lawsuit] at no cost or obligation.
Request Legal Help Now