Dartmouth, NS: It might be argued that an 86-year-old individual shouldn’t be spending his twilight years suffering debilitating pain and surgical mesh complications from an allegedly defective surgical product. But such is the fate of a Canadian man who alleges that Ethicon Physiomesh, which has been recalled by Health Canada, is responsible for his suffering.
Read [ Pain from Surgical Mesh Complications Dropped Physiomesh Patient “To My Knees” ]

Abdominal Mesh Complaints Rise in Canada, MDL Established in the US

Dartmouth, Nova Scotia: A Nova Scotia man is the latest Canadian to report complications with surgical abdominal mesh, and will likely join hundreds of other Canadian hernia surgery patients in a class action lawsuit against Ethicon, a subsidiary of Johnson & Johnson, the makers of Physiomesh.
Read [ Abdominal Mesh Complaints Rise in Canada, MDL Established in the US ]

Linda had two surgeries following an Avaulta transvaginal mesh implant for pelvic organ prolapse. The first surgery was an attempt to remove the mesh, but it was unsuccessful. Linda then opted for a hysterectomy, again to try and remove the mesh because she suffered so much pain and discomfort.
Read [ Bard Avaulta Transvaginal Mesh: Life Altering ] 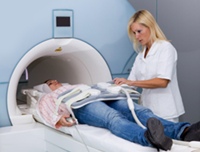 There is no question that Magnetic Resonance Imaging (MRI) is safer from a radiation standpoint than CT scan. In fact, MRI uses no radiation at all but rather a magnetic field to produce an image. The danger for some patients lies in the MRI contrast agent, which contains gadolinium, and which patients with kidney disease are unable to efficiently expel from their bodies. For these patients, MRI dialysis is vital.
Read [ MRI Health Risks May Extend Beyond MRI Contrast Agent ]

It was 10 years ago this month that Swissair Flight 111 bound from New York to Geneva plunged into the ocean off sleepy Peggy's Cove in Nova Scotia, killing all 229 people on board. The investigation into the plane crash took some 19 months, and five years before a final report was issued, issuing 23 recommendations to prevent a similar plane crash from happening again.
Read [ Concern Remains Over Aircraft Wiring ]

Zyprexa: Another Link to Diabetes

In September 2005, Mary Allen was hospitalized and treated for manic depression. She was given Zyprexa. "I was never told about any side effects," she says. "My doctor nor I knew at the time of any correlation between Zyprexa and diabetes.
Read [ Zyprexa: Another Link to Diabetes ]