Seroquel Touted as a Miracle Drug. But is it Greed?

It's enough that the atypical antipsychotic drug Seroquel carries a host of potentially serious side effects that pose substantial risks. However, what's worse is an allegation that AstraZeneca, the makers of Seroquel, have been promoting the drug for off-label use for symptoms not approved or sanctioned by the US Food and Drug Administration (FDA).

To that end, AstraZeneca along with two other manufacturers are at the centre of a planned lawsuit, intended to be filed this month by the state of Arkansas, to reclaim monies paid by the state Medicaid authority for prescriptions that were written for off-label purposes. 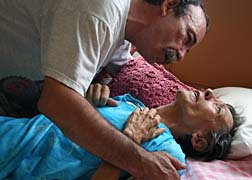 Prescribing a medication off-label, is the industry term regarding the writing of prescriptions related to conditions, or symptoms for which the drug in question was not originally intended, or approved.

A physician may have reason to believe that certain aspects of a drug may carry benefit to his or her patient. However, while doctors have the authority to prescribe medications off-label, drug manufacturers and their representatives are prohibited by law to promote their products for off-label use.

The planned lawsuit in Arkansas--one of several being launched by various states to recover funds paid out unnecessarily through state Medicaid programs--alleges that drug companies have attempted to pressure and persuade physicians to prescribe their products off-label.

Seroquel, known generically as Quetiapine, was approved by the FDA for treatment and management of schizophrenia and Bipolar I disorder in adults.

For those who suffer from wild mood swings, hallucinations, delusions, social withdrawal and apathy (among other symptoms), Seroquel can be an effective medical tool.

But it comes at a cost. Here are the side effects, as articulated by the FDA:

Increased chance of death in elderly persons. Elderly patients treated with atypical antipsychotics, such as Seroquel, for dementia had a higher chance for death than patients who did not take the medicine. Seroquel is not approved for dementia.

Neuroleptic malignant syndrome. NMS can cause a high fever, stiff muscles, sweating, a fast or irregular heartbeat, change in blood pressure, and confusion. NMS can affect your kidneys. NMS is a medical emergency, and can be life-threatening.

High blood sugar and diabetes. Patients with diabetes or who have a higher chance for diabetes should have their blood sugar checked.

So it is incredible to think that drug manufactures, including AstraZeneca, have been accused of downplaying these side effects to physicians, and promoting their products as miracle drugs that can and should be prescribed to everyone from children to the elderly for practically any and every mental disorder under the sun.

Arkansas Attorney General Dustin McDaniel is seeking to recover as much as $600 million for the state from drug companies that, according to state lawmakers, participated in an unethical marketing scheme to promote their products, and increase revenues.

A national coalition of 30 state Attorneys General is embarking on a similar investigation, but Arkansas has decided to go it alone, and has teamed with a private law firm.

State Attorney General McDaniel states that in his view there is "substantial evidence" to support a claim by the State, of "improper and unlawful marketing" of antipsychotic drugs, effectively downplaying known side effects and attempting to hide and mitigate the efficacy of alternatives.

More News
McDaniel further states that the three companies Arkansas is investigating, one of which is AstraZeneca, participated in a "marketing scheme that was very effective to where a drug that was never approved by the FDA for children... the elderly...or run-of-the-mill behavioral disorders like depression, all of a sudden was touted to America's doctors, Arkansas ' doctors, as a miracle drug. So, a child that has [attention deficit disorder ] is taking a drug that was never authorized for that child, causing serious complications... that could last a lifetime."

The State of Florida has seen antipsychotic drug prescriptions for children increase 500 per cent over the last seven years. According to a report appearing in the St. Petersburg Times in July, the state Medicaid program doled out $27.5 million to cover antipsychotics for children last year. The report went on to suggest that Medicaid and insurance programs were pushing the drugs as a less costly alternative to psychotherapy.

However, Seroquel was never approved for paediatric use and its merits, effectiveness and safety for children have never been determined.

If you or a loved one has been diagnosed with diabetes while using Seroquel, please contact a lawyer involved in the [Seroquel Lawsuit] who will review your case at no cost or obligation.
Request Legal Help Now