Attorney Howard Prossnitz firmly believes his clients and many of the 12,000 other Morgan Keegan (MK) bond investors that filed a securities fraud class action against the now-defunct investment firm Morgan Keegan are being offered a raw deal. 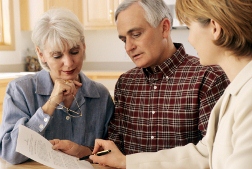 Without a review by the courts, members in the class-action suit will receive 2 to 4 cents on the dollar after lawyers’ fees. Prossnitz argues MK investors are owed as much as ten times that amount.

“I don’t ask the courts to make exemptions on a regular basis,” says Prossnitz, who has spent the last three years litigating on behalf of MK investors. “I just know this settlement is not fair to people.”

That’s why he has filed yet a second motion on behalf of his clients, arguing that the settlement fails the approval test for class actions. His clients, the Christenson’s, lost $100,000, and the current settlement provides them with damages of only $3,000 or 3 cents for every dollar that was lost.

At the height of the market in 2007, the MK closed-end bond funds were worth an estimated $1.5 billion. Two years later, their value had withered to a paltry $134 million. In other words, the total loss to investors was $1.4 billion. It was hardly what retail investors thought could happen to a so-called bond fund.

“Technically these were bonds, but as my expert likes to say, technically a tiger is cat. And when you buy a cat, you don’t expect a tiger to be dropped at your door,” he adds.

The collapse of the four MK closed-end bonds was an iconic moment in the 2007 financial crisis. Thousands of investors piled into the funds believing their investment strategy was as steady as the Rock of Gibraltar. What they didn’t know was that the MK funds were “structured finance instruments,” laced with collateralized debt obligations (CDOs) that consisted primarily of high-risk mortgages. When the housing bubble burst, so did the bond funds.

“This brought the problems of structured finance home to Main Street,” he adds. “Here’s a case where the average guy on the street who thought he was buying a bond fund inadvertently got swept up in structured finance.”

A record 1,000 disgruntled investors brought their dispute with MK to FINRA (Financial Industry Regulatory Authority) for arbitration. It was the largest number of arbitrations brought against a single investment firm in the history of FINRA.

Although investors failed to recover all their losses, those FINRA arbitrations, and related hearings, resulted in investors receiving 35 cents for every dollar lost.

Other investors choose to join a class-action suit against MK, believing their case was strong enough to recover more or at least the same amount as the FINRA cases received. “The FINRA results set the benchmark,” says Prossnitz. “And based on the FINRA results, the case should be worth $400 million, not $62 million.”

“One reason I felt so strongly about this is that I have been trying these Morgan Keegan arbitrations for the last three years,” says Prossnitz.

“I realize these are good cases and I know the settlements are not fair to people, because in the arbitration cases where I represent MK clients, I’ve had a 94 percent success rate. I know this is not a fair settlement,” he adds. “The lawyers will get $19 million and the investors will get pennies on the dollar.”

More SECURITIES News
The Morgan Keegan firm was sold in 2012 to Raymond James. Lawyers representing MK in the class action have successfully argued that the Christenson’s have no standing to ask for a review because they do not fit the definition of a class member.

Prossnitz is asking the court, once again, to reconsider the settlement. Its decision could be yet another iconic moment emerging from the rubble of the 2007 financial services industry debacle.


Howard Prossnitz focuses his practice on arbitration and class-action litigation for aggrieved investors. Over the last 36 years, Prossnitz has recovered millions for investors through FINRA arbitration, individual cases and class actions. In 2012, Prossnitz settled a class action against Heart Check America for $4 million.