The Fleecing of America's Senior Citizens

One of the most appalling results of the subprime debacle is how it has effected millions of America's senior citizens. Florida attorney Peter Mougey has dozens and dozens of clients whose life savings have been seriously damaged or depleted by the unscrupulous practices of Wall Street investment firms that promised clients stable returns and then callously signed them up for high-risk mutual funds loaded with toxic mortgages and derivatives they did not understand. "Many of people who have been hurt by this are elderly," says Mougey. "My heart goes out to the widows in 70s, 80s even 90s whose husbands put aside money to take care of them and have now lost everything." 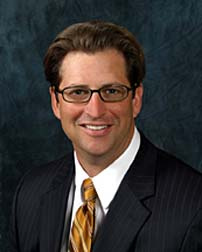 Attorney Peter Mougey from the firm of Levin Papantonio Thomas Mitchell Echsner & Proctor, has a background in finance and master's degree in Business Administration. His outrage at the fleecing of America's seniors combined with solid credentials in securities litigation make him well positioned to do battle with Wall Street. "By Wall Street I mean the Merrill Lynchs, the Morgan Keegans, the Citigroups, the Smith Barneys," he says, "Those firms are the ones that packaged this debt up and sold it to mom and pop."

Mougey estimates that retail investors lost billions of dollars at the hands of
Morgan Keegan. "One of those Morgan Keegan funds was marketed as a capital preservation fund income fund and it was sold to elderly investors as a means of generating income. "Then, people ended up losing 60, 70 or 80 percent of their net worth," say Mougey. "Some of our clients who were living in nursing homes were using that money to pay their monthly bills and now have to move into state care because they don't have any money left. There are just horrific stories."

Mougey believes there are more than adequate grounds to recover substantial amounts of his clients' money, either through the courts or in arbitration. "There are solvent institutions out there that sold these products and are they are liable."

Mougey alleges many of the practices of investment institutions were in clear violation of The Financial Industry Regulatory Authority (FINRA). It is the largest non-governmental regulator for all securities firms doing business in the United States. The rules require that investment dealers not only understand what they are selling to their clients, but they adequately disclose the risk associated with the securities their clients are buying.

"They have to match the investment with the financial objectives and the risk tolerance of the investor. They cannot even recommend securities that are not appropriate or suitable," Mougey says.

Some of the investments structures were so arcane Mougey doubts that the
retail brokers even knew what they were selling to clients. "If the brokers did not know, then the clients did not either," says Mougey. "They have a responsibility to understand what they are selling. That's why we pay them," he adds. "They have to adequately disclose the risk. Saying 'I didn't get it, or we missed it,' is not a defense."

What About The Money?

The list of folks on Main Street that got whacked by Wall Street goes on and on. Mougey is currently litigating in Louisiana on behalf of a Firefighters' Union that lost 50 million dollars out of its pension fund after a mutual loaded with toxic debt declined in value.

Mougey's firm is still accepting new clients and expects it will be busy recovering money for investors for years to come. He expects some of the litigation will go to trial early in 2009.

More Stock Market News
The problem for many of Mougey's clients is that they are elderly. It may be possible for some of them to recover lost investments through an expedited arbitration procedure. "I am sure none of us would want our parents or grandparents having to worry about money," says a sympathetic Moughey. "That is what the tragedy is here. These are people who need the money now."

Peter J. Mougey is a shareholder with the Pensacola, Florida law firm of Levin, Papantonio, Thomas, Mitchell, Echsner & Proctor and is head of the Business Torts Department. Mr. Mougey concentrates his practice in the areas of securities arbitration and litigation as well as commercial, antitrust and construction litigation. His nationwide practice includes the representation of several state and municipal pension funds in various investment disputes. In addition, he has represented more than a thousand securities fraud victims in state and federal court and securities arbitrations across the country.