In the wake of several juries ordering Johnson & Johnson to pay compensation to Risperdal victims, over 3,600 new Risperdal lawsuits have been filed since the beginning of this year. The number of lawsuits in the Philadelphia Court of Common Pleas has doubled, making the Risperdal mass-tort the largest in the system. 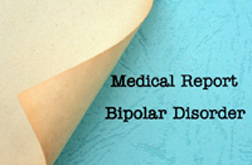 According to The Legal Intelligencer, approximately 5,800 Risperdal lawsuits have been filed and that number may triple by the end of the year. These new cases filed since January 1, 2017 represent a 185 percent increase in Risperdal complaints. Judge Arnold New, supervising judge of the Philadelphia Complex Litigation Center, confirmed that the Risperdal mass-tort is the largest in the system. (These cases are in addition to about 17,000 Risperdal lawsuits filed nationwide in federal and state courts.)

Unless Risperdal attorneys negotiate a settlement or another resolution, about ten Risperdal trials are slated for the Philadelphia Courts at the end of 2017 and into the first half of 2018.

Every one of the 5,800 complaints accuse Johnson & Johnson of aggressively marketing Risperdal for unapproved uses in children and downplaying gynecomastia, a side effect in which young boys develop female breast tissue.

Johnson & Johnson was fined $2.2 billion in 2013 to end civil and criminal investigations into kickbacks to pharmacists and the marketing of the pharmaceuticals Risperdal and Invega and the heart drug Natrecor for off-label uses. Reuters reported that, from 1999 through 2005, J&J and its subsidiary Janssen Pharmaceuticals Inc. promoted Risperdal for unapproved uses, including controlling aggression and anxiety in elderly dementia patients and treating behavioral disturbances in children and in individuals with disabilities.

More RISPERDAL News
And J&J has allegedly continued its illegal marketing, focusing on pre-pubescent boys, with individual Risperdal lawsuits reaching up to a staggering $70 million (awarded to Andrew Yount in July 2016 by a Philadelphia jury). J & J and it subsidiary Janssen Pharmaceuticals argued that this award “is entirely out of step with any reasonable analysis of actual damages suffered by the plaintiff, and that millions of Risperdal patients have reaped significant benefits from their use of the medication,” according to Injury Lawyer News. Is the pharma giant prepared for thousands of patients who far from reaped Risperdal benefits, and instead caused them severe side effects, both physically and emotionally?

And why is Risperdal prescribed to millions of patients? One reason is that it’s prescribed off-label. Research and lawsuit settlements indicate that it is frequently prescribed off-label for uses not approved by the FDA such as the treatment of ADHD. Since its FDA approval in 1993, Johnson & Johnson and Janssen Pharmaceuticals have made billions of dollars in Risperdal sales.

Posted by
Gary Mickel
on July 30, 2017
I was prescribed Risperdal several years ago & for a few years ended up having Parkinsonism from this medication very traumatic emotionally and physically with falling many times before the cause was found or diagnosed as Parkinson's or Parkinsonism. I was put on a rolling walker and given a disabled tag but it was very hard to get around even with the walker & although the effects went away Parkinson's is still in my medical record.