Risperdal – The Cost of Teasing and Statute of Limitations

Derek has been following the Risperdal lawsuits and subsequent settlements diligently, particularly the recent case that resulted in a $70 million award. Like Adam Yount, Derek'is son has also developed female breast tissue. Unlike Yount, he hasn’t yet been diagnosed with gynecomastia. 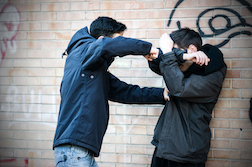 Derek’s 19-year-old son is a “high functioning autistic non-verbal” and attends a private school that supports autism. And he suffers with bi-polar disorder. Of course Derek (not his real name) is thankful that his son has never been bullied at school, unlike Adam Yount, whose lawsuit resulted in the verdict of $70 million. Adam’s father testified that the boy was teased at school and at his workplace. Janssen, the Risperdal maker, is appealing, arguing that evidence of teasing did not warrant such an outrageous amount in damages. But if Derek’s son was bullied and teased, would his complaint get fast-tracked and result in a Risperdal lawsuit?

“My son has been on Risperdal for five years. I recently noticed changes in his nipples and the surrounding area is puffy,” says Derek. “He has become sensitive to fabric and doesn’t want to wear shirts, only soft cotton t-shirts. And he is constantly rubbing that area.” Derek adds that his son’s blood pressure has often “gone through the roof” and his dosage of Clonidine has also gone up. “He also takes meds for anxiety and depression,” says Derek. “I am trying to get our doctor to examine his breasts but the clinic called to change his Risperdal prescription. My insurance won’t allow us to see another doctor.”

More RISPERDAL News
Adam Yount’s parents in 2013 filed a Risperdal lawsuit claiming their son developed female breast tissue, or gynecomastia, after he took the drug without adequate warning about its side effects. When Adam was prescribed Risperdal, the warning label stated that this condition was a rare side effect that occurred in less than one in 1,000 patients.

Derek is also concerned about the statute of limitations. Last year a Philadelphia judge ruled that patients prescribed Risperdal after June 2009 should have known the risks of gynecomastia as warned on the updated label. Janssen Pharmaceuticals is hopeful that this time frame will stand in court. If so, patients who took Risperdal after 2009 would have two years to file a claim against Johnson & Johnson (Janssen is a subsidiary) before the statute of limitations expired. Derek’s son started taking the med in 2011.

But Derek is still hopeful that he can file a Risperdal claim sooner than later, and join thousands of cases currently pending against Johnson & Johnson.

If you or a loved one have suffered losses in this case, please click the link below and your complaint will be sent to a defective products lawyer who may evaluate your Risperdal claim at no cost or obligation.
Request Legal Help Now

Posted by
Gary Nelson Jr
on January 29, 2017
I'm a former risperdal patient whom took risperdal in 2001 and also 2008. I've been diagnosed with gynecomastia in January of 2017. I'm currently in dealings with a law firm with Sanders,Phillips,and Grossman. I'm not satisfied with the level of informing plaintiffs. I don't know any thing about my case. Only were told if certain documents weren't received by Feb 28,17 via judge rule my car could be thrown out. I have all required document stressing my use of risperdal and my diagnosis. I'm being ask to submit codes or a manufactures name, which was told to be mandatory. I feel as though if I can't acquire those codes, and literally I shouldn't be held accountable after presenting what's been presented. It's frustrating and I'm looking for other representatives in this matter. To add I've been in dealings since 2015