An Alabama woman is suing the makers of the popular proton pump inhibitor (PPI) medications Nexium, Prilosec and Prevacid for kidney-related injuries she claims she suffered after taking the products. 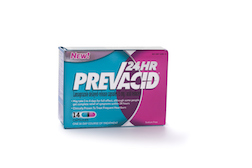 A'Lydia M. Gibbs filed a lawsuit Gibbs v. Astrazeneca Pharmaceuticals LP et al, Case No. N17C-03-1695, Superior Court of the State of Delaware on Mar. 31, 2017, claiming that she suffered kidney-related injuries due to her ingestion of the over-the-counter PPIs Nexium, Prilosec and Prevacid.

A PPI reduces acid production by blocking the enzyme in the wall of the stomach that produces acid that can cause ulcers in the stomach, esophagus and duodenum.

In her PPI lawsuit, Gibbs alleges that the defendants, which include Astrazeneca, Procter & Gamble and Takeda Pharmaceuticals, "actively concealed" the "true and significant risks" associated with PPI use, which research has shown can contribute to chronic kidney disease (CKD) and end-stage renal disease (ESRD).

A study published JAMA Internal Medicine in February 2016 found that the use of PPIs was associated with a higher risk of chronic kidney disease.

More PROTON PUMP INHIBITOR News
In April 2016, another study published in the Journal of the American Society of Nephrology found that patients who took proton pump inhibitors for more than 30 days had an increased risk of renal outcomes, including kidney failure or chronic kidney disease, compared with those who took a PPI for 30 days or less.

The PPI lawsuit contends that the makers of Nexium, Prilosec and Prevacid failed to warn of adverse drug reactions, which they had reason to know can be caused by or are associated with the use of PPIs.

"Defendants concealed and continue to conceal their knowledge that PPIs can cause kidney injuries from Plaintiff, other consumers, and the medical community," according to the complaint. "Specifically, defendants have failed to adequately inform consumers and the prescribing medical community against the serious risks associated with PPIs and have completely failed to warn against the risk of CKD and ESRD."

According to the lawsuit, Gibbs will allegedly require lifelong medical treatment, monitoring and/or medications for her injuries.

Posted by
Rickey Morris
on June 18, 2017
I've taken Protonix for years, and all my tests return as normal for the kidneys. If you don't take Tylenol or any of the NSAIDs correctly they will destroy the Kidneys as well, but taken in a responsible manner under the directions of a Doctor, this smells more like a Money Maker to me.
Posted by
Chris
on May 25, 2017
She'll have a job proving her claim but the lawyers don't mind - it's all income for them.
The paper quoted does not show PPIs cause kidney problems but "are associated with". ie, correlation not causation.
There could be an increased correlation because those with kidney problems are more likely to take PPIs.
Do umbrellas make it rain?