Prevacid is a proton pump inhibitor, used to treat symptoms of acid reflux. According to reports, Prevacid side effects could include an increased risk acute kidney injury and chronic kidney disease. Studies suggest that the risk of Prevacid complications and the risk of proton pump inhibitor side effects increases as the length of use or the medication dosage increases. Prevacid lawsuits allege patients have suffered serious side effects as a result of using the medication.

Send your Prevacid claim to a lawyer who will review your claim at NO COST or obligation.
GET LEGAL HELP NOW 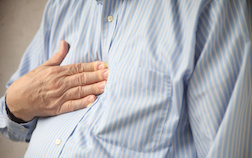 Proton Pump Inhibitors (PPIs) such as Prevacid (lansoprazole) are used to treat gastroesophageal reflux disease, heartburn, stomach and small intestine ulcers, and esophageal inflammation. They work by blocking the enzyme in the stomach that promotes the production of acid, thereby decreasing the patient's stomach acid.

Several studies have suggested the use of Prevacid or other proton pump inhibitors could be linked to serious side effects.

A study published April 2016 in the Journal of the American Society of Nephrology found that patients who took proton pump inhibitors for more than 30 days had an increased risk of renal outcomes—including kidney failure or chronic kidney disease—compared with those who took a PPI for 30 days or less. Researchers called the association "graded" indicating that patients who took the medications longer were at higher risk of renal outcomes.

In February 2016 a study published in JAMA Internal Medicine found that use of proton pump inhibitors was associated with a higher risk of chronic kidney disease.

A study published in 2015 in the journal CMAJ Open (4/16/15) suggested that senior citizens who started proton pump inhibitor therapy were at an increased risk of acute kidney injury and acute interstitial nephritis.

In 2010, the FDA revised the labels of proton pump inhibitors to warn about the possible increased risk of fractures in the hip, wrist, and spine associated with the medications.

A lawsuit has been filed in New York by Terry Buzbee, who alleges that the makers of Nexium and Prevacid failed to warn patients about the potential risk of kidney disease linked to the use of the proton pump inhibitors. According to the lawsuit, Buzbee began taking Nexium and Prevacid in 2006. The lawsuit alleges he suffered acute kidney injury that resulted in his need for life-long medical care and monitoring.

If you or a loved one has suffered similar damages or injuries, please fill in our form and your complaint will be sent to a lawyer who may evaluate your claim at no cost or obligation.
Please click here for a free evaluation of your Prevacid claim
Last updated on Oct-14-20

Are PPIs Especially Dangerous for Women?

Washington, DC: The long-term use of drugs classed as proton pump inhibitors or PPIs , and marketed variously as Prevacid, Prilosec or Nexium, is dangerous for many reasons. Kidney damage, the focus of recently consolidated multidistrict litigation, is not the only problem. Long-term PPI use has also been associated with bone fractures and dementia in women, as well as the risk of birth defects. The issue for the lawsuits to come will be whether drug makers gave patients adequate warning of the dangers associated with their products and thus the opportunity to make informed choices.
READ MORE
Woman Claims She Suffered Kidney Injuries from Taking Acid Reflux Medications

Alabama:An Alabama woman is suing the makers of the popular proton pump inhibitor (PPI) medications Nexium, Prilosec and Prevacid for kidney-related injuries she claims she suffered after taking the products.READ MORE
Do Medication Guides for PPI Kidney Disease and Prevacid Lack Consistency?

Washington, DC: It would come as no surprise that a common scourge amongst Americans remains acid reflux, and similar maladies. For them, a common prescription for a Proton Pump Inhibitor (PPI) serves to provide relief, and minimize the effects of heartburn and related ailments such as gastroesophageal reflux disease (GERD).READ MORE