Propecia Lawsuit Plaintiffs Should Brace for Statute of Limitations Fight

Plaintiffs have now filed more than 1,400 Propecia lawsuits alleging that the drug, also known as finasteride, caused a variety of side effects, including sexual dysfunction, depression and cognitive disorders. These symptoms may persist even after the drug is discontinued. 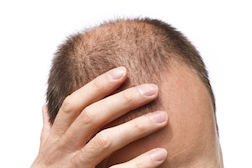 Many of these cases have been consolidated into multi-district litigations (MDLs), and trials are to begin September 2017. Some may settle, but plaintiffs who litigate should expect Merck to go to the mat on the issue of whether their claims are time-barred.

That’s smarts - especially so, since the problem was largely created by Merck, itself. The rolling disclosure of finasteride’s risks may have confused patients about whether they were hurt by the drug and delayed the steps they could have taken to protect themselves.

Statutes of limitations require lawsuits to begin within a certain period after the “claim accrues.” These vary from state to state and can be as short as one, or as long as six years. Statutes of repose, which also vary, set a time period after which a claimant cannot file a lawsuit even if the claim did not “accrue” or could not have been discovered during that time.

The question with Propecia lawsuits has to do with that tricky word “accrue.” Usually it means when the injury happens, and it’s usually pretty easy to tell. Not so, however, with medication-related injuries.

Did the harm occur with the first little pink pill or the 30th? Did it occur when the symptoms did not go away or when a claimant finally had the information necessary to link his hair growth medication to his symptoms? The last question is a big sticking point because Merck’s disclosure of Propecia side effects occurred in dribs and drabs over a period of many years.

More PROPECIA News
The FDA approved the drug to treat hair loss in 1997. Eleven years later, after the Journal of Sexual Medicine published a study showing that as many as 38 percent of men taking Propecia could experience sexual side effects, Merck added a warning on the label of the Swedish version of finasteride.

In 2009 and 2010, Merck issued warnings in the UK and Italy. In 2011, the agency warned US consumers about the risk of prostate cancer. A year later, it finally added a caution for American consumers about lasting sexual side effects.

American men might only have realized that they had been harmed by Propecia 15 years after the damage was done. More to the legal point, they might have lost the chance for redress.

This is especially cruel when the emotional and intellectual damage associated with the drug might make it harder to sue.

The fix? You know the answer: hang in there and fight like hell.