Attorney Susan Owen, of Owen, Patterson & Owen, LLP, who represents several women in the USC Sexual Abuse lawsuits, says all claims against the gynecologist are also against the university.

“We have filed a sexual abuse lawsuit on behalf of several women who were examined by Dr. George Tyndall, the former gynecologist at the University of Southern California,” says attorney Susan Owen, with the law firm of Owen, Patterson and Owen, LLP. “They were young women when they saw this sexual predator for their first gynecological exam, and they had no idea of what to expect,” says Owen. ”USC was on notice of Dr. Tyndall’s misconduct long before these women came forward, yet the University chose to do nothing.” 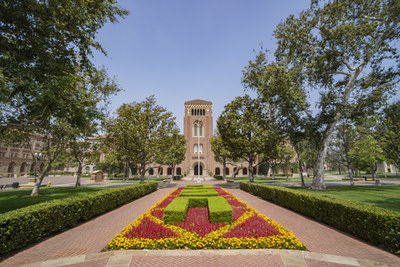 Since the Los Angeles Times published reports of Dr. Tyndall’s abuse, several hundred female students have come forward, claiming he touched them inappropriately during exams or made racially-charged comments. While several victims were international students from China, Owen says that none of her clients are Asian. He didn’t discriminate when it came to sexual abuse. Most of her clients either saw Tyndall for birth control or for other treatment– they were being responsible young women but had no idea what was considered normal during an exam.

Many of Owen’s clients were physically abused by Tyndall. With one young woman, “he stuck his entire hand inside her and attempted to locate her g-spot and then asked her if she felt anything,” says Owen. With another client, he stuck his fingers inside of her instead of using a speculum. Another woman was falsely diagnosed with HPV infection that typically requires multiple visits and Tyndall created the false necessity to photograph her genitals.

During these examinations a USC chaperone was supposed to be present. Owen’s clients report that chaperones were often absent or, if present, looked the other way. “These young women were often left alone with Tyndall,” says Owen. “Or when these chaperones were present, they didn’t make eye contact. One chaperone looked outside the open door.” Finally, one of these chaperones went to a rape crisis center, and proceedings began against Tyndall. He was paid a settlement and terminated.


Many women first reported the abuse to the LA Times. While some women want their names in the media, Owen says her clients want to remain anonymous—for now.

She gets calls every day from women who are now professionals and mothers wanting justice. “They feel empowered that they are coming forward to proceed against Tyndall and USC because their school, as well as Tyndall, victimized them,” she adds.

Owen first got calls from friends of her son—he began attending USC in 2009 and they knew Owen was a lawyer who had experience with sexual abuse cases. They were all part of the “Trojan Family” (Trojan is the USC mascot and “Once a Trojan, always a Trojan”). Some of these women initially felt conflicted about proceeding with a complaint against their school. But those feelings of loyalty turned into feelings of betrayal. “USC was supposed to protect them in this vulnerable setting. They owed it to these women to investigate their complaints and they didn’t do that,” Owen says.

Owen is hopeful that the #metoo movement will help give women the courage to come forward. Of course, this setting, during a gynecological exam when women are most vulnerable, is far from a workplace setting. And because of that, especially outrageous. “Change isn’t going to happen unless people come forward,” adds Owen.

“These women need to be compensated for the emotional distress they have experienced, and they are still suffering. These women thought they were undergoing an uncomfortable examination at the time, but they are traumatized by finding out what really happened to them. We must send a message to USC and other universities who may have inadequate programs in place to investigate complaints such as these.”


To date, at least 11 lawsuits have been filed against USC and Tyndall. Owen filed complaints several weeks ago on behalf of three plaintiffs and since that time several additional clients have similar complaints, so she will be filing an additional lawsuit on their behalf.

More PROFESSIONIAL SEXUAL MISCONDUT News
Due to the number of complaints filed, Owen anticipates that these cases will be deemed complex in the Los Angeles Superior Court and assigned to one judge. There are also cases pending in federal court. As for how many more women will come forward, it is impossible to know. If one does the math based upon Dr. Tyndall seeing even five patients per day for approximately 30 years that Dr. Tyndall spent at USC, the number is staggering.

While Owen prepares her cases for trial, she will do everything possible to prevent exposing her clients to trial in sexual abuse cases. “But if it comes to that, we are ready,” she adds.

Susan Owen is the managing partner at the law firm of Owen, Patterson & Owen, LLP. The firm is rated in the top 1 percent of the nation’s law firms and has been selected as a California Super Lawyer for multiple years. The firm has been instrumental in recovering over $6 billion for clients and has represented hundreds of sexual abuse clients.

If you or a loved one have suffered losses in this case, please click the link below and your complaint will be sent to a criminal lawyer who may evaluate your professional sexual misconduct claim at no cost or obligation.
Request Legal Help Now

Click to learn more about LawyersandSettlements.com
LawyersandSettlements.com is an online news and information site for the general public and legal community. As a legal news resource, we have emerged as an independent & trusted voice. We provide detailed and quality information on various lawsuits filed including Criminal Law Cases, Malpractice Cases, and Personal Injury Cases.