Another alleged sex abuse victim has filed a lawsuit against the University of Michigan, just days after its $490 million settlement to address sexual abuse claims against university sports doctor Robert Anderson, now deceased.

An elderly Michigan man has filed a federal lawsuit against the University of Michigan claiming he too was a victim of sexual abuse by the late university sports doctor Robert Anderson. His complaint comes just days after the university agreed on a settlement to end the biggest sex abuse scandal in the U.S. that involved approximately 1,050 victims. 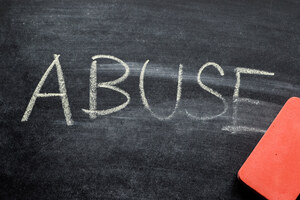 Last month, UM President Mary Sue Coleman announced that the cases would be settled for $490 million, “pending documentation and approval by the Board of Regents; the claimants, as recommended by their attorneys; and approval by the federal court overseeing the process. Of that total, $30 million would be reserved for future claimants who choose to participate in the fund before July 31, 2023. This settlement agreement resolves the mediation process, supervised by a United States District Court judge, the Honorable Victoria Roberts, that began 15 months ago, in October 2020.” A future claimant has now come forward.

According to the Detroit News, this latest sexual abuse lawsuit was “filed anonymously by a 79-year-old Michigan man who alleges he saw Anderson up to 1990”. The newspaper, which first reported the settlement, also said that UM paid $12 million to the WilmerHale law firm, which it hired in March 2020 to conduct an investigation into Anderson. It resulted in an exhaustive report that determined UM officials knew as early as 1975 that Anderson had been accused of sexual misconduct. According to the New York Times (January 19, 2022), UM’s report was too late because the authorities had already been conducting a secret inquiry one year earlier, after a former student sent a letter to Michigan’s athletic director and accused Anderson of wrongdoing.

University of Michigan – In Denial


The report also “showed more than two dozen university employees were told about Anderson's alleged behavior over his nearly 40-year career. While several employees reported the doctor after learning of complaints, the majority of the people his patients told — including some of the most powerful people on campus — did not act to stop the doctor.” The University stated that its first indications of a problem came from allegations reported in 2018, but the victims’ lawsuits maintained that is untrue. According to one anonymous lawsuit, UM is responsible for Plaintiff’s damages stemming from Anderson’s sexual assaults on UM’s campus, as UM placed vulnerable student athletes, like Plaintiff, in Anderson’s care despite knowing he was a sexual predator. John Doe’s complaint states the following:

“UM was warned in 1968 by an undergraduate student that Anderson was a sexual predator. In 1968 or 1969, a gay UM student, Gary Bailey, went for an examination by Anderson, an examination that Mr. Bailey later described to the Detroit News as “very traumatic.” Bailey states “he (Anderson) had me drop my pants, he felt my penis and genitals, and subsequently, he (Anderson) wanted me to feel his (Anderson’s) penis and genitals.” Bailey further states, “Back then you did not question a doctor’s authority…He asked me to pull on his penis.” Bailey filed a written complaint with the UM health service and filled out a form, complaining that Anderson had dropped his pants and asked him to fondle his genitals during the exam. No one from UHS or any other UM agency followed up with Mr. Bailey or contacted him as part of an investigation into Mr. Bailey’s written sexual assault complaint.

Bailey wasn’t alone. Plaintiffs claimed UM had received complaints from other male students in 1968 or 1969, but Anderson maintained his employment as University Health Services Director until 1979, when more complaints accused him of sexually assaulting male students during medical examinations. But UM simply moved Anderson to the Athletic Department as a physician, where abused even more students up until 2003, when he retired. Unfortunately, Anderson didn’t spend the rest of his life in jail, like Larry Nassar, the former Olympics and Michigan State University (MSU) physician convicted of abusing hundreds of young girls. Nassar received a federal sentence of 60 years on child pornography charges. Anderson was never prosecuted for any abuse and he died in 2008.