Cases of PPH and Heart Valve Problems -- Ten Years On

"I was prescribed Redux for weight loss back in 1996, but I only took it for a month or so because it made me feel anxious and edgy," says Ed Davis. "I was fearful of taking it anymore." And so he should have been: diet drugs Redux and Fen-Phen have been linked to heart valve problems and Pulmonary hypertension, known as PPH.

"My blood pressure was always normal despite my obesity. But around 1997 or '98, my doctor told me to watch my blood pressure -- it was getting too high," says Davis. "Ten years later, I now have high blood pressure and my doctor wants me to take medication for it but I am reluctant to take any prescription drugs, especially knowing now what a drug like Redux can do to you. Instead, I would rather take something natural if possible. 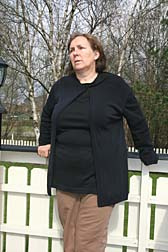 "Then I started to get increasing problems with circulation and shortness of breath. I am only 48 and there is no history of hypertension in my family -- my grandparents both lived well into their 80s.

PPH Lawsuit
I got a letter in the mail a few years after taking Redux from the manufacturer. I guess they got my address from my doctor. It said that I could get a refund if I sent my receipts to them -- I paid about $50 for Redux. I can't remember exactly the content of the letter but I do remember that the drug company said there were 'some problems'. Then I heard on the news that people were actually dying from these diet drugs. And they were going to give me back a whopping $50!

I decided to join a class action lawsuit. I filled out all the necessary paperwork and sent in everything they asked. I also had an echocardiogram done at Bedford Memorial hospital. My GP sent me to have the test -- they needed a written report and the echocardiogram tape that was read by a cardiologist here in Bedford.

One of the forms was given to the cardiologist and he checked off the severity of my condition. According to him, it reached a level that didn't qualify for 'matrix benefits'. I didn't think anything more about this lawsuit until several years later.

In 2002 I had to get surgery for a kidney stone. Before I had the operation the doctor saw my past history and ordered another echocardiogram.

This time I was diagnosed with mitral valve prolapse -- a condition where the valve between your heart's left upper chamber (left atrium) and the left lower chamber (left ventricle) doesn't close properly. Apparently this second echocardiogram showed that there was damage severe enough for benefits; I am going to get my medical records together and hope to join another class action lawsuit."

Redux and Fen-Phen have been linked to heart valve problems. Although Ed Davis hasn't been diagnosed with PPH, his doctor hasn't ruled out the possibility. Pulmonory hypertension can go undetected for many years.

More News
There's no quick fix for obesity, as Ed Davis knows. He knows that diet and exercise are most important in controlling weight loss. Unfortunately, ten years ago, some doctors thought drugs such as Redux and Fen-Phen were the "magic pill"; the cure for obesity. How wrong they were. For many people these diet drugs turned out to be walking time bombs. Davis's condition has worsened since the first round of class action lawsuits were brought against the makers of Redux and Fen-Phen; he is hoping to get involved in the next lawsuit.

"I know it is too late to join the lawsuit that I was rejected from years ago, but I heard that there are other lawsuits starting again, so I haven't given up. I am afraid of what this drug might have done to me because my health has deteriorated this past ten years'" says Davis, "but I'm still hopeful."