The Lasting Legacy of Fen-Phen

Ask anyone who was at all concerned about their weight in the mid-to-late ’90s and they’ll likely remember the fen-phen debacle: A weight loss drug that came with an increased risk of serious heart and lung problems. Those problems - primary pulmonary hypertension (now called pulmonary atrial hypertension) and/or heart valve problems - were the basis of many a fen-phen lawsuit. Thanks to those problems, diet drugs today are looked at skeptically by everyone from patients to health care providers. 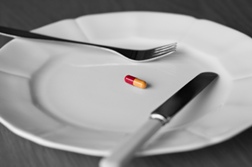 Fen-phen roared onto the market in the ’90s and was heralded as a miracle weight loss drug. Fen-phen was a combination of fenfluramine and phentermine, designed to suppress the appetite while increasing the rate of calorie use. Millions of people used it before it was pulled from the market due to the increased risk of heart valve problems called primary pulmonary hypertension at the time. Based on an analysis by the FDA involving 291 patients screened by five doctors, up to 30 percent of the patients who used fen-phen could have potentially developed heart valve damage - including excessive tightness or leakiness of the heart valves - after using fen-phen.

Within two years of fen-phen being pulled from the market, more than 6,500 lawsuits on behalf of around 11,000 plaintiffs were filed. Settlements involving thousands of people for billions of dollars were announced. Because primary pulmonary hypertension can take years to appear, some lawsuits were not filed until years after fen-phen was pulled from the market.

More PPH AND FEN-PHEN News
Drugs are generally allowed to stay on the market if the benefits of the drug outweigh the risks. The more serious the condition being treated, the more serious the side effects patients - and the US Food and Drug Administration (FDA) - are willing to risk. The issue with diet drugs is that the immediate condition they treat is obesity, which could in some patients at least be managed through diet and exercise. But diet and exercise do not help all patients. Furthermore, obesity has also been linked to serious conditions, including heart problems, high blood pressure and diabetes.

Now, almost two decades after fen-phen was pulled from the market, new diet drugs are being approved by the FDA, including a drug that contains phentermine. Whether or not patients will be open to taking them may depend on how much they remember from fen-phen and whether or not they believe the benefits outweigh the risks.

Posted by
Miriam Amer
on June 2, 2018
I took Fen-Phen in the mid 90s and registered with the Lola’s action. But at that time I didn’t have too many health issues. Here I am 20+ years later and have mitral regurgitation, atrial fibrillation and pulmonary hypertension. I have trouble breathing and climbing stairs is a nightmare. I just got out of the hospital after spending 2 weeks in ICU, and another in the respiratory wing for a MRSA infection in my lungs, and they kept telling me “Don’t you know you have atrial fibrillation and pulmonary hypertension.” Apparently, the nurses thought it was serious. I don’t have any idea what I’m supposed to do now. Please respond via email only.
Posted by
Laura tous
on April 14, 2016
Im trying to find out about the babies that were born while on phen fen. My daughter was born with hrhs, pulmonary artresia, transposition of the great arteries, vsd and pof. She also has a pacemaker due to nuerally mediated hypotension. We were told back in the nineties the fda said there was not enough proof to pin this on phen fen. I had three normal pregnancies before and one after to know that i felt way different with her. Thank you, laura
Posted by
Sharon anderson
on February 22, 2015
I have had heart attacks health is not good I have a leake value
Posted by
kim alley
on February 22, 2015
I took fen-phen and I have pul.hypertension and heart valve problems from those drugs.what can I do about it.thanks