Many patients who took fen-phen and suffered fen-phen side effects such as primary pulmonary hypertension may have already settled their lawsuits against the company responsible for making the diet drug. Because fen-phen was pulled off the market so long ago, people might feel that lawsuits should already have been filed, and certainly some have. But for some patients, the statute of limitations has not yet run out. 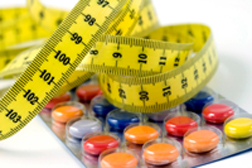 But some patients may have initially filed a lawsuit linked to injuries less serious than primary pulmonary hypertension, only to have their less serious injuries develop into life-threatening conditions.

As recently as 2012, a judge hearing lawsuits regarding fen-phen refused to dismiss those lawsuits from the courts, ruling that there was enough scientific evidence to show that primary pulmonary hypertension could develop more than a decade after the patient took fen-phen. Pfizer Inc - parent company to Wyeth - had argued that there was no evidence that taking fen-phen could cause primary pulmonary hypertension a decade later, and moved to dismiss two lawsuits.

But Judge Bartle ruled that expert testimony for the plaintiffs was based on reasonable medical evidence. As a result, the judge refused to dismiss the lawsuits and further refused to exclude the expert testimony, though he did note that it is up to a jury to determine if taking fen-phen resulted in the development of primary pulmonary hypertension.

More PPH AND FEN-PHEN News
The ability of experts to argue that there can be a latency period between the time fen-phen was taken and the time primary pulmonary hypertension develops means that patients who did not suffer injury until well after taking fen-phen may still be eligible to file a lawsuit. In other words, for some patients the statute of limitations on filing a fen-phen lawsuit has not yet run out.

In most situations, the statute of limitations begins running at the point when a patient knows or should have known that the drug did or could cause injury. Patients who were not immediately harmed by fen-phen can still argue they did not know they were injured by the drug until recently and therefore may be able to file a lawsuit.

The lawsuit is In re Diet Drugs Products Liability Litigation, MDL No. 1203, US District Court, Eastern District of Pennsylvania.

Posted by
Mary Rykowski
on April 7, 2019
the more that I read about others and their symptoms I am just seeing how so many of my health problems are related to my taking my fen-phen. It's been 20 years and it was never specifically pointed out by either of my cardiologists. I even mentioned the medications and was poo- pooed. They seem to be in the dark or so they wish me to believe. I now have a mitral valve that is failing. It was a good try.
Posted by
Deborah
on July 21, 2017
I filed a claim some years ago. I have not received a response and I would like to know the outcome. I have my claim number and copies of all info that was required.
Posted by
Pearl hooten
on June 22, 2017
I filed a claim years ago want to find out why I've not heard anything
Posted by
Penny Butcher
on February 11, 2017
I took Fen Phen in the 1990's, I was not part of the class action suit but have now been diagnosed with Pulmonary Hypertension. Did not realize that it was one of the side effects of Fen Phen until a few minutes ago after reading an article. I don't believe everything on the internet. Is it true that it could cause what I have been diagnosed with.
Posted by
Ronda
on September 19, 2016
Tanail I hope you see this. I am 28 and I have 2 leaking valves as a result of phentremine. My doctor just told me 2 weeks ago. I'm so stressed out by this.
Posted by
Tanail
on August 28, 2016
I took this medicine and now have leaking heart valve. Is it too late to get in on lawsuit? I'm not even thirty and my heart has been damaged by this product.
Posted by
Dawn St.Marie was Bertram at the time
on August 26, 2016
I took phen phen for almost 2 years in my early 30s, am 50 now. I lost a bunch of weight and was happy about that. Well the quack ARNP that suggested it to me for so long stopped me without telling me why. So years later after going to a better, highly skilled physician for the 1st time only a year and a half ago while listening to my heart she asked how long i was on high bp meds and how long i have suffored from headaches, depression and my heart murmur. Heart murmur, i had never known i even had one til then. So ya it took me awhile to come to the surface with this whole class action law suit, but now im even more afraid the older i get. Can anyone please advise how or if i even have a case against the phen phen co?
Posted by
Annie Thomas
on August 8, 2016
I was given Fenfluramine as a 15 year old by our family doctor. I was a perfectly healthy and happy, high achieving, outgoing kid. Almost overnight I became depressed, could barely stay awake, stopped keeping up with schoolwork, withdrew from friends and went into deep crying jags until I had to be taken out of school. Intuitively I knew I had to get off the medication. The acute psychiatric crisis abated once off Fen but I was NEVER the same person again - physically or mentally. Chest pain, depression, headaches, fatigue, inability to cope with intense stimuli...This drug has crippled my life.
I managed to get a university degree but mostly from bed. I have never been able to do paid work due to the physical and mental fatigue.
If the drug company can be accountable for the heart valve issues then it should also be accountable for damage to other organs and systems.
There is evidence as far back as 1975 that Fenfluramine was neurotoxic to serotonin terminals and that the damage was permanent. I would like to hear from anyone with similar experiences.

Posted by
Drinda Jensen
on May 13, 2016
I took Fen/Phen for a couple of years and suffered damage to my heart. I consulted the doctors they said that wasn't enough damage. I have since had lots of heart publications, panic attacks that have been documented, I have suffered headaches, and my vision has cheerier rated. I would be interested in knowing if there's any help for the piling medical bills and the damage that I have suffered over the years. Contact me if it is a viable lawsuit. I now need help.
Posted by
Kevin Ritchey
on June 7, 2015
I'm still waiting for a lawyer to try contacting me before I have to cash my initial claim check that went stale and was just reissued. It's only for $2000 and I've been unable to work since 2002.
Posted by
Ric
on February 22, 2015
Father passed away in 1996 from heart attack, he was prescribed PhenPhen was 54 yo. Was contacted by some law firm and they said the statute of limitation in Texas prohibits my family from receiving compensation. I find it hard to believe that a product linked to killing someone has a limitation on time. Can anyone clarify?
Posted by
barbara
on February 8, 2015
I took phentermine and I develop hypertension , I had to wear a heart monitor for thirty days, my heart beat so fast sometime I have to sit down and take deep breathes, it heart wakes me out of my sleep at night, it beat so fast, then it stops and start back, I was at my cousin funeral my heart hit so hard , my body went num , if I walk to the bath room , my heart be about to jump out my chest, my heart race so fast it scares me all the time.been on phentermine for five or more years off and on, now l feeling the affects of this drug, having a lot of chest pain and Irregular heart beats.
Posted by
MichelleT
on February 8, 2015
I took Fen-Phen in my mid-20's years ago, almost immediately I started having panic attacks out of the blue and getting heart palpitations.
I only took Fen-Phen for a little over a year, but the panic attacks have persisted to this day - to the point that there are certain situations where I cannot drive (I break down and have to pull to the side of the road) and I also developed phobia's in crowds, restaurants, and public places.
I've had my doctor check my heart for damage because of the panic attacks - I worry that the galloping heart rate and the palpitations will begin to show wear on my organs.

I absolutely hate the panic attacks and I've done breathing & relaxation exercises for years to try to work through them - although for some situations they aren't effective. I don't like the side effects of the medications to control them & routinely turn them down when offered by my physician.

Posted by
illyse wilson
on December 25, 2014
I took this drug as well as others. I also attended this big meeting with a large amount of people in the room at an attorneys law firm several years ago. Then heard absolutely nothing.
Posted by
Theresa Ford
on December 22, 2014
I was in a lawsuit with Fen-Phen and no for a fact Fen-Phen caused many problems besides Primary Pulmonary hypertension I was diagnosed with (PPH), but I also suffer with Fen-Phen making my eyes bad were I was in my late 20's and never had problems with my eyes they used to be 2020 now they have gotten even worse as the time went by. I mention this to the Doctor's and Lawyers back then no one seemed to care or even took notice in what I complained about as well as pain in my chest. Years later I received a small settlement no more then 2,000.00 after tax less then this. I feel all I and others were told at the time I should have received much more for something that happen to me and still today at age 47. These pills caused a lot of damage to me which caused chest pains I deal with today and my eyes are said you are getting older and this is what happens when we get older. Sorry I was in my 20's never had a problem with my eyes or chest pain unit I met Fen-phen.
Posted by
Theresa doran
on December 21, 2014
I took finfin for years
Posted by
Paula Sbabo
on December 21, 2014
Because I took Adipex and other types of generic diet pills including Fen-Fen as long ago as 2002 I've been told I couldn't be helped. Although I didn't not realize that I had been harmed by those drugs until only a couple of years ago......
Posted by
sandra
on December 21, 2014
i took this drug....what kind of heart problems?
Posted by
Audrey Martin
on December 21, 2014
Taking Adcirca, Letairis, use oxygen, and dygnosised with PAH.