On its Aliso Canyon Information Center homepage, SoCalGas features two press releases. One is about the relocation efforts; the other is called “Gas Leak Estimates Reduced by 60-Percent.” Such a significant-sounding drop may suggest that the crisis is being quickly addressed, but there seems to be more to the story than SoCalGas readily shares. 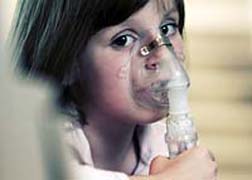 One month ago, we shot footage showing the gas well blowout at what SoCalGas insists was the peak period of its emissions. We took this new video earlier this week, on Jan. 11. Looking at these two videos together, it’s hard to believe any progress has been made. To view the new infrared video, go to https://www.youtube.com/watch?v=fgcWxgo0vGc.

On that Aliso Canyon homepage, the company does not feature a press release about the massive discrepancy between their original reports of benzene levels and their most recent reports. Benzene is a colorless chemical found in natural gasses. It has been found by the Department of Health and Human Services to cause cancer in humans.

Initially, SoCalGas’ correspondences with the Associated Press indicated that over the past three months, the company’s daily monitoring of the blowout site reported only two instances when the benzene level was abnormally high. As it turns out, the benzene levels were found to be high at least 14 times. On at least 14 separate readings, benzene levels were twice the level considered normal. SoCalGas spokeswoman Kristine Llyod’s claim that this discrepancy was “an oversight” has understandably been the cause of concern today. Coming from a company who has repeatedly attempted to reassure people that its gas well blowout causes absolutely no health risk - despite the many reports of residents who have already allegedly gotten sick - that kind of discrepancy is alarming.

Still, SoCalGas insists that even these elevated benzene levels are no cause for concern. An energy science expert asked about the state, and SoCalGas’s health reassurances expressed doubt that it was even possible at this point, for lack of definitive evidence, to conclude that the emissions are not harmful. With this kind of uncertainty and potentially misleading data, it’s easy to understand the many residents who would rather evacuate Porter Ranch than stick around to see how sick they may or may not become.

Where does this 60% figure come from?

These recent benzene reports come on the heels of SoCalGas’ attempts to demonstrate a 60% decrease in methane emissions since the peak emission date of November 28th. In the SoCalGas press release, the company reports data from the California Air Resources Board (CARB) indicating that the volume of gas leaking from the well diminished by 60%. On November 28th, the emissions were at a high estimate of 58,000 kilograms per hour. By January 8th, SoCalGas reports, the emissions had slowed to a rate of 23,400 kilograms per hour. The data also includes greenhouse gas volume, which CARB estimates as equivalent to 0.4% of the state’s annual greenhouse gas emissions.

The interesting thing about this data is that even in the report, it is acknowledged that Scientific Aviation, who conducts the measurements, does so periodically when they are able to fly over the area, causing considerable possible variation in the data. The report indicates that these measurements are “very rough” estimates of the total methane leaked to date. Both SoCalGas and CARB acknowledge that comprehensive data will not become available until the blowout has been resolved, and possibly not until months after that resolution.

Can SoCalGas and state measurements be trusted?

When considering that the data meant to reassure us are merely a set of rough estimates and suggestions, it is reasonable to wonder exactly who is setting the standards of measurement. In this case, SoCalGas and state resources seem to use two completely different background levels to determine whether benzene is at, above or below regulatory levels. The lack of consistency is worrisome, because benzene is not an innocuous substance at certain levels, and it is important either to know what the levels actually are, or to have the responsible parties admit uncertainty. Not only can benzene can cause cancer; it has also caused bone marrow conditions, anemia, and excessive bleeding.

If the benzene reports were tainted by such a significant discrepancy, residents may not feel confident that the methane emissions reports are particularly reliable either. SoCalGas may claim that the situation is stable and risk-free, however residents are still feeling sick, still being displaced, and still having their lives upturned by this catastrophe. SoCalGas has attempted to minimize the impact of this crisis before, so it’s important to carefully evaluate all of the data that they present, and use your judgment about how to proceed for the health and safety of your family.

Kennedy & Madonna, LLP is an environmental law firm that specializes in representing communities that have been impacted by pollution. The firm uses a variety of legal tools including federal citizen suits, administrative challenges, and tort law to hold polluters accountable for their actions. The firm was formed in 2000 by founding partners Robert F. Kennedy, Jr. and Kevin J. Madonna. For more information, visit www.kennedymadonna.com.

More PORTER RANCH GAS LEAK News
Panish Shea & Boyle LLP is a plaintiff's personal injury law firm that takes on large corporations and government entities whose negligence causes our clients' injuries and holds them accountable. In June 2014, Panish Shea & Boyle obtained at $19.8 million jury verdict to a man who suffered severe burn and traumatic brain injuries when his rental home exploded as a result of a Southern California Gas Company's negligence. In 2008, the firm obtained a $15 million jury verdict against SoCalGas for a 14-year-old boy who was hit by a company truck. Panish Shea & Boyle LLP also represented numerous plaintiffs in the San Bruno PG&E gas explosion cases. Our attorneys are and have always been champions of consumer rights. The size, clout or financial strength of wrongdoers is never a deterrent to our pursuit for justice. For more information, visit www.psblaw.com.

Morgan & Morgan is one of the largest exclusively plaintiffs' law firms in the US, with 32 offices throughout the country. The firm handles cases nationally and has been a leader in cases such as the BP Oil spill and Chinese Drywall litigation. We have over 300 lawyers with years of experience involving personal injury, medical malpractice, consumer class action, and securities fraud - as well as complex litigation against drug and medical device manufacturers. For more information, visit www.forthepeople.com.