GlaxoSmithKline is no doubt looking forward to the New Year because the end of this one is becoming costlier by the month.

On November 1, 2006, the Associated Press reported that Glaxo had agreed to pay $63.8 million to settle a class action lawsuit with allegations that Glaxo promoted Paxil for use with children and adolescents while withholding negative information about the drug's safety and effectiveness. 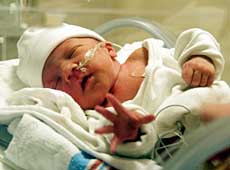 Members of the class include all US residents who bought Paxil for their children, and those people who have records of their purchase can reportedly get a full refund.

According to the Associated Press, Madison County, Illinois, Judge Ralph Mendelsohn, approved the settlement on October 6, 2006, and unsealed the agreement on October 27. The judge has scheduled a hearing for March 9, 2007 to determine whether the settlement is fair and whether the plaintiffs' attorneys are entitled to the fee they are requesting.

Another similar class action antitrust case filed against Glaxo, on behalf of consumers and third party payers, who paid all or part of the purchase price of Paxil, was settled on April 22, 2005 for $65 million.

In that case, the plaintiff's alleged that they were forced to pay too much for Paxil because Glaxo unlawfully maintained a monopoly and excluded competition by (1) conducting sham patent infringement litigation against generic Paxil makers which triggered automatic 30 month stays of generic competition; (2) made intentional misrepresentations to the Patent and Trademark Office; and (3) made intentional misrepresentations to the FDA which enabled Glaxo to exclude generic competition.

However, although Glaxo doled out $65 million, it refused to admit guilt. Paragraph 22 of the final Order in that case, dated April 22, 2005 states:

"Neither this Final Order and Judgment, the Settlement Agreement, nor any of its terms or the negotiations or papers related thereto shall constitute evidence or an admission by Defendant, that any acts of wrongdoing have been committed, and they shall not be deemed to create any inference that there is any liability therefore."

What this says is that Glaxo maintains it did nothing wrong but it wrote out a check for $65 million just to get the natty little plaintiffs off its back and furthermore, the court says no inference of guilt should be drawn by the $65 million pay-off.

Fair enough, never mind the inference of guilt, but how much does this not-guilty penalty cost consumers in terms of increased drug prices?

In settling the latest Madison County class action, Glaxo also denies all the allegations, and says it will pay the $63 million to keep the cost of litigation down. However, there are indications that this case might not end as smoothly as Glaxo planned because plaintiff's attorneys in competing class actions have filed objections to the settlement.

Jim Gottstein, an attorney who recently won a landmark case in the Alaska Supreme Court that does away with forced drugging with psychiatric medications in state institution, sees major problems with the way this latest Glaxo settlement went down.

"One of the abuses in class actions," he says, "is defendants finding lawyers supposedly representing the class who are willing to push settlements that are unfairly favorable to the defendants, thus allowing them to limit their liability."

"The amount and other aspects of this proposed settlement," he notes, "raise questions about whether that has happened here."

"It still seems like a small amount," Mr Gottstein points out, "assuming far more than $63 million was spent on Paxil prescribed to people under 18."

He also says the settlement may result in a large payment to the lawyers for what may not be very much work, and notes that the first time this case surfaced was when a settlement had already been secretly negotiated with the immediate effort to kill the other class actions that seemed to be proceeding along a forthright path.

These on-going legal proceedings against Glaxo seem like one never-ending vicious cycle. Glaxo overcharges consumers, then runs up legal costs for years denying the charges, and then in the end, pays millions to settle the charges but is allowed to deny guilt, and then ups the prices on its products to cover the penalty.

The latest 2 settlements are eerily similar to the fraud case Glaxo settled in the summer of 2004, in which New York State Attorney General, Eliot Spitzer, charged the company with hiding studies that "not only failed to show any benefit for the drug in children but demonstrated that children taking Paxil were more likely to become suicidal than those taking a placebo."

According to Mr Spitzer, the company had conducted at least 5 studies on the use of Paxil with children, but only published one, and even it revealed questionable results. Glaxo ended up paying more than $2 million to settle those charges and also had to agree to publish all of its clinical trials online.

How many get out of jail free cards does Glaxo get? In that case, Mr Spitzer estimated that by suppressing the studies showing that Paxil was not effective with children and that it may cause them to commit suicide, Glaxo made $55 million off prescriptions written for children in 2002 alone.

Glaxo was also recently busted for another overcharging racket across the globe. On November 9, 2006, the Comet reported that "BRITAIN'S largest drugs company is facing a bitter pill in the form of a bill from Whitehall that could be for over £1 billion."

"An independent report on behalf of the Department of Health has revealed that GalxoSmithKline," the Comet said, "may have over-charged the NHS by a staggering £280 million a year for at least five years."

It seems Glaxo agreed to price cuts in talks with the British government in 1999, but the Pharmaceutical Price Regulation Scheme independent arbitration panel, set up by the Department of Health, has now determined that the company continued to bill the government the full price for 5 years after agreeing to the lower prices.

Less than 2 months earlier, on September 11, 2006, Glaxo announced that it has settled its tax dispute with the US Internal Revenue Service, in a statement to the London Stock Exchange. "This settlement resolves all the issues which were in dispute in this case," the company said.

"Under the agreement," Glaxo stated, "the final net cash cost to GSK will be approximately 3.1 billion dollars which covers federal, state and local taxes, interest and also the benefit of tax relief on the payments made."

At the end of the statement, came the customary denial of wrongdoing. "GSK was confident of the strength of its position," it stated, "but in view of the size of the potential financial exposure, as well as the continued level of resource being applied to the case, GSK concluded that it was in the best interests of its shareholders to reach this settlement, thereby removing the costs and uncertainty of future litigation."

For its part, the IRS said that Glaxo will pay $3.4 billion all total, once interest is included, making it the largest single payment ever to resolve a US tax dispute.

In another potentially troublesome legal development, last month Glaxo was hit with the first of likely many more lawsuits to come, filed on behalf of an infant who was born with persistent pulmonary hypertension, a life-threatening lung disorder, following exposure to Paxil in the womb during his mother's pregnancy.

More News
Attorney, Karen Barth-Menzies, a partner at Baum Hedlund, a national law firm with offices in Los Angeles, Washington, DC and Philadelphia, is the lead attorney on the case, and says a study published in the New England Journal of Medicine, back on October 3, 1996, led by Dr Christina Chambers, of the Department of Pediatrics, at the University of California-San Diego, indicated an increased risk of the lung disorder in infants born to mothers who were prescribed SSRI antidepressants like Paxil.

As a follow-up, Dr Chambers and colleagues performed a study of women who gave birth between 1998 and 2003, published in the February 9, 2006, New England Journal of Medicine, that found mothers who took SSRIs in the second half of their pregnancies were 6 times more likely to give birth to babies with the lung disorder.

According to Jennifer Liakos, an associate attorney at Baum Hedlund in Los Angeles and a member of the firm's Antidepressant Litigation Department involved in Paxil birth defect cases, between 10% to 20% of infants born with persistent pulmonary hypertension do not survive, even after they receive treatment.