For women with depression who are also pregnant, there may be no easy answer to the question of whether or not to risk Paxil side effects by taking the antidepressant while pregnant. Although some studies indicate a risk of Paxil birth defects, including Paxil PPHN (persistent pulmonary hypertension of the newborn), there is also a risk of having untreated depression while pregnant, and the US Food and Drug Administration (FDA) recently revised its stance on antidepressant use during pregnancy. 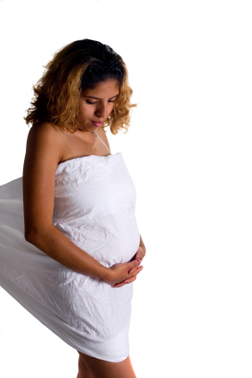 A study published online in the British Journal of Clinical Pharmacology (03/22/12) suggests that women who use antidepressants during their pregnancy have an increased risk of developing pregnancy-induced hypertension. The study examined the effects of selective serotonin reuptake inhibitors (SSRIs, a class of drug that includes Paxil) and found that pregnancy-induced hypertension increased in women who used SSRIs while pregnant.

The study did not examine what effects smaller head size has on the infant or on development.

Some studies suggest that use of an SSRI during pregnancy is linked to an increased risk of PPHN, a potentially serious condition in which the infant does not adapt to breathing outside the womb. In December 2011, the FDA announced that any link between the use of SSRIs while pregnant and the development of PPHN was premature.

Women who are pregnant or thinking of becoming pregnant and are currently taking an antidepressant should not discontinue use without first speaking with a medical professional. There are risks to having untreated depression while pregnant.