More PAXIL BIRTH DEFECTS News
Ahead of Paxil birth defects trials that are set to take place in May, drugmaker GlaxoSmithKline has decided to eliminate a number of positions at its neurosciences division in North Carolina's Research Triangle Park, the Charlotte Observer reports. 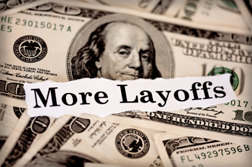 Kathy Pitman, a spokeswoman for the company, said that the exact number of positions to be cut will depend on how many people are relocated to other sectors of the firm, according to the news provider.

GlaxoSmithKline, which has reported financial losses in two of the last three quarters, has reportedly cut approximately 22,000 jobs around the world since 2007, the news source said. During that period, the London-based drugmaker has cut its US workforce from 9,500 to 5,400.

"Last year we scaled back our neurosciences research so there's not as much people needed to do the late-stage trials," Pitman said of the reason for the job cuts in North Carolina.

The drugmaker's antidepressant drug Paxil has been linked to birth defects and other less serious side effects such as nausea, dry mouth and weight loss, according to the National Center for Biotechnology Information.

Click to learn more about LawyersandSettlements.com
LawyersandSettlements.com - A trusted, independent legal news provider bringing quality news and information on all legal cases and lawsuits filed in United States of America to its readers since 2002. Over 250,000 legal help requests including Employment Law Cases, and Drugs & Medical Cases have been forwarded to lawyers all across to the country.