San Francisco, CA On April 2, Russell Denes filed a personal injury Paraquat lawsuit in the Northern District of California, alleging that his Parkinson’s disease was caused by his decades’ long, low-dose exposure to Paraquat. Denes, a certified pesticide applicator, allegedly used the herbicide according to safety regulations, and was aware that Paraquat was acutely toxic. 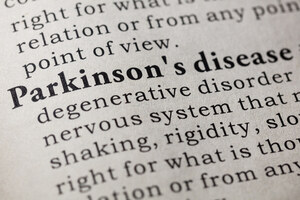 Nonetheless, Denes v. Syngenta claims that he had no reason to suspect that chronic, low-dose exposure to Paraquat could cause neurological diseases such as Parkinson’s disease. He was unaware of this risk because the manufacturers, Syngenta and Chevron, had withheld this information from regulators and consumers.


Since the mid-1960s, Paraquat has been widely used in agriculture, especially in the cultivation of soybeans. It is frequently a second-tier treatment for weeds that have become glyphosate-resistant. It is, however, extremely toxic.

Paraquat is classified by the EPA as a “restricted use pesticide” and is not available to the general public; it can be applied only by certified professionals. To date, 32 countries have banned its use. In the United States, however, Paraquat is still widely used on more than 100 crops by people who have undergone the mandatory EPA training. In 2013, the California Poison Control System and the American Association of Poison Control Centers (AAPCC) sent letters of concern to the EPA regarding a series of deaths from accidental ingestion of the herbicide in the San Joaquin Valley of California. AAPCC cited 50 deaths from Paraquat; at least 12 of which were from accidental ingestion of Paraquat from a beverage container. There is no known antidote or effective treatment and, one sip can kill.

In October 2020, the EPA proposed a series of safety measures with regard to the use of the herbicide. If adopted, these would include forbidding the aerial application of Paraquat on all crops except cotton, forbidding pressurized handgun and backpack sprayer application, and adding mandatory spray drift management information on the label. These proposed regulations are still pending.


The Complaint alleges that Denes was exposed to Paraquat from the late 1970’s until approximately 2013. The exposure occurred: Denes was aware of the risk of ingesting Paraquat and able to make knowing decisions about whether and how to undertake that risk. The same was not true, however, about the risk of neurological disease posed by the chronic low-dose exposure that could occur even when personal protective equipment and proper procedures were used. He was diagnosed with Parkinson’s disease in 2016. There is currently no cure for Parkinson’s disease; no treatment will stop or reverse its progression; and the treatments most commonly prescribed for its motor symptoms tend to become progressively less effective, and to increasingly cause unwelcome side effects.


In 2017, a study published in Nature Chemical Biology found that Paraquat causes oxidative stress and cell death, both of which may play an important role in the development of Parkinson’s disease. In 2020, a study published in Environmental Health revealed the connection between occupational exposure to pesticides like as Paraquat in agricultural workers, as well as a higher death rate from Parkinson’s disease.

Denes was never told, either by a medical professional, by media, or by the defendant manufacturers that chronic, low-dose exposure to Paraquat could cause him to suffer Parkinson’s disease. He first became aware of Paraquat’s role in causing his condition within a year of filing his lawsuit. He allegedly did not discover this earlier because he had no reason to suspect the link.

Dangerous product and the duty to disclose


The lawsuit argues that Denes has five bases for financial recovery. The first two, strict products liability for a defectively designed product, and strict liability for failure to warn, advance the related propositions that Paraquat is defectively designed and that the manufacturers should be liable for marketing it, as well as their failure to warn consumers of the hazards associated with it.

The third count, negligence, argues that the manufacturers failed to exercise ordinary care for the health and safety of those who could reasonably be expected to be exposed to Paraquat, including Russell Denes. That duty of care might have arguably involved more thorough research and testing, or designing the herbicide so that it was unlikely to be inhaled, as well as offering more comprehensive warnings.

The fourth count, breach of the implied warranty of merchantability is a common law claim that accuses defendants of introducing a product into the marketplace that was not fit be sold. The final count seeks punitive damages as well compensation for the harm that Denes suffered because the defendants’ conduct was allegedly deceitful and malicious, rather than simply careless.